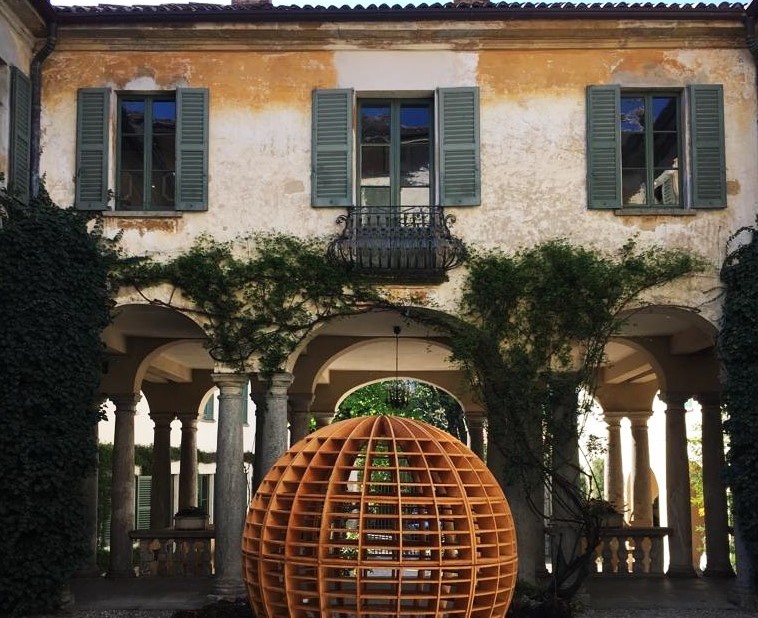 The House, in the area of Biumo Superiore (Varese) has been owned by the Mozzoni Family since the early ‘700. The House comprises a series of rooms and halls, of which furniture traces back to all of the generations that have lived it. It overlooks a quiet square embellished by horse chestnut trees and is characterized by a higher courtyard with fourty columns, opening up behind a colonnade of five arches. The “scenic” function of this disposition is quite evident and other elements help as well; one example is the difference in the courtyards heights, joined up by a tiny staircase and interposed by columns, other than the vanishing point of the colonnades on either side of the patio.
Every room of the house is indeed oriented towards the courtyard, into which the staircase of honor merges too.
The park, instead, reworked during the 19th century by the great-grandmother of the architect Guglielmo Mozzoni, has a parterre next to the house, originally Italian-styled, while the rest of the declivity, confining with the wood, has been realized in a British-style.
The Villa is still owned by the heir of Carlo and Guglielmo Mozzoni, who occasionally opens the house to the public for art or architecture exhibitions. 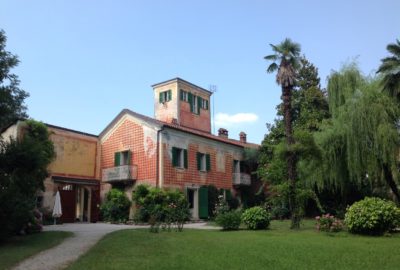 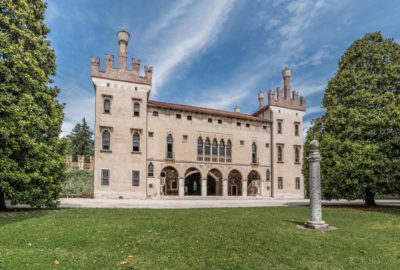 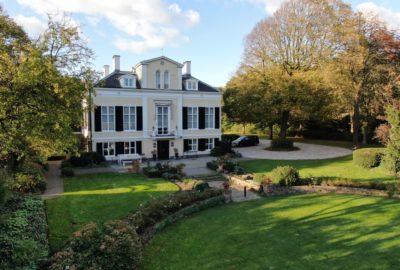