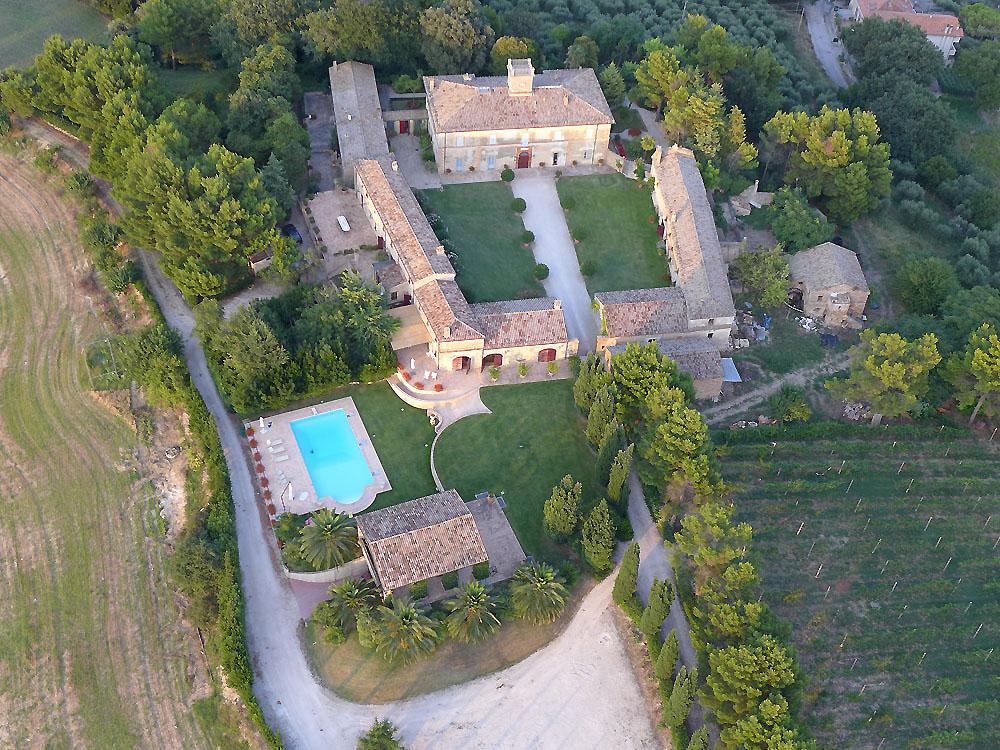 Villa il Castellano lies between the rivers Chienti and Ete Morto. It is stands on the site of a Roman outpost and a subsequent medieval castle belonging to the Archdiocese of Fermo. In the 16th century, Giorgio Arianiti Comneo and his wife, the princess Colonna di Corsica, moved here from Byzantium.
In 1625 Annibale Maggiori Colonna di Leca Guerrieri, son of the Marquise of Macerata Cecilia Ricci, built the central body of the villa, including a panoramic watchtower. The Guerrieri family in the early seventeenth century, with ​​more than five hundred hectares, is the major landowner in the municipality of Sant’Elpidio. In the following decades this large estate began to shrink considerably to the advantage of the Maggiori family.
From 1767, the Major family, which had recently obtained the noble title most likely became the only owner of the villa.  In these years the chapel with the family tombs and the two wings that close the complex were built.
In the early decades of the nineteenth century the villa Castellano was the favorite residence of Count Alessandro Maggiori (1764-1832), a prominent personality in the Marche region. After his studies in Bologna, he wrote several historical and artistic texts. Worth mentioning are the guides of Ancona (1821) and the guides of Loreto, as well as a commentary on the Serlio treatise. Very interesting was also his intense activity as a collector of drawings of ancient masters, now conserved in some of the most important Italian and foreign museums: a small part of his graphic collection is preserved in Monte San Giusto at the Centro Studi Alessandro Maggiori.
The villa has therefore been the country-side house of the most influencial families of the area: the Guerrieri first, the Maggiori then. For many centuries it has combined its function of summer residency to that of economic-productive organization of the family properties. Today it belongs to the Scoccini family who recently bought and reunited the property.
Due to the notoriety of its owners, many of foremost figures of the Italian history have been hosted here. Among these, the king of Sardinia, Vittorio Emanuele I of Savoy, Gioacchino Murat, Gerolamo Bonaparte and other members of the Capitoline aristocracy. 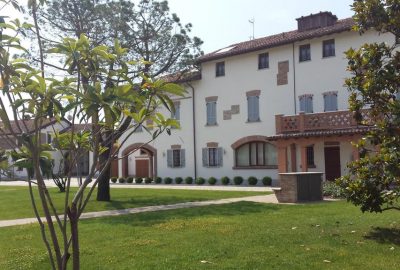 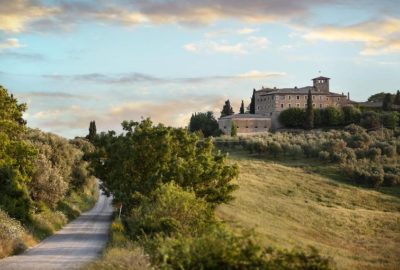 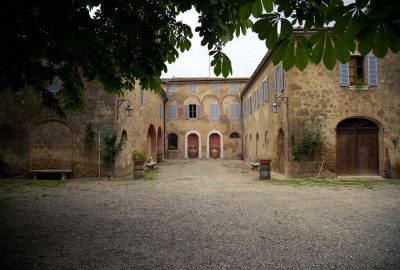