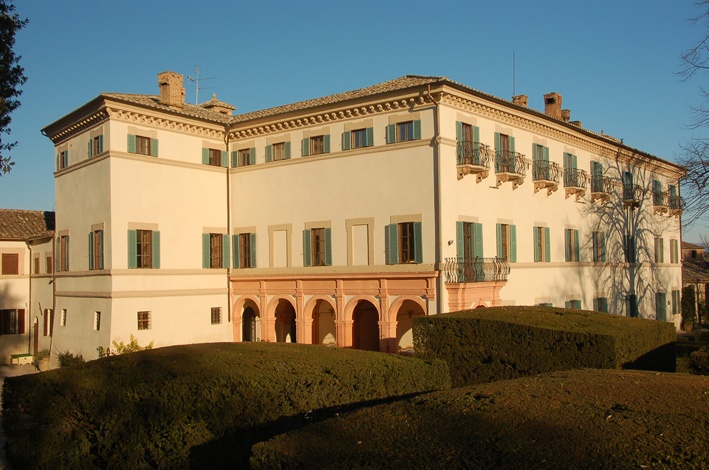 Villa Aureli has been built on the ruins of Etruscan (VI century b.C.), Roman and Medieval settlements whose footprints are still visible today. Situated a few kilometres from Perugia, the villa is surrounded by gentle hills adorned by cypresses and maritime pines. The today’s house was built in the VIII century, when count Sperello Aureli transformed a 6th-century tower into his country home.
During the World War II, the villa has been occupied by the German army first, who set there its command, and then by the English, American, Australian and New Zealander soldiers. Luckily, only a few damages occurred thanks to the gardener Adolfo Guelfi who walled up the most precious furnitures to protect them.
At the end of the war, count
Leonardo di Serego Alighieri, son of Pieralvise, and his wife Laura Guarienti di Brenzone chose Villa Aureli as their home and dedicated their entire lives to restore and preserve the villa. Their commitment has been then carried on by their son Sperello, the current owner.
Among the numerous beauties that characterise the villa there is the majolica floor, which has been hand-painted in each room,  the elegant balustrades in the garden and the four-leaf-clover shaped fountain located in front of the orangerie where, during the winter season, 60 centuries-old orange and lemon trees are placed.
The villa hosts concerts during the period from mid-April to mid-Octobre. 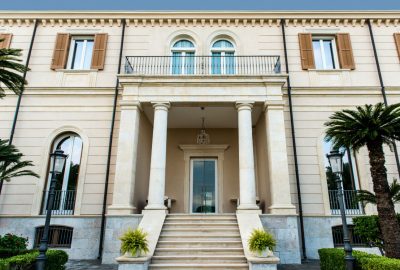 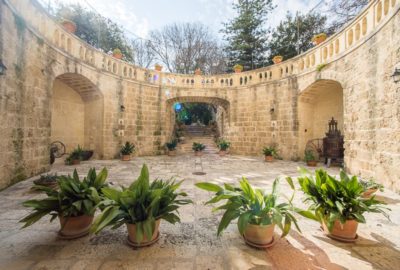 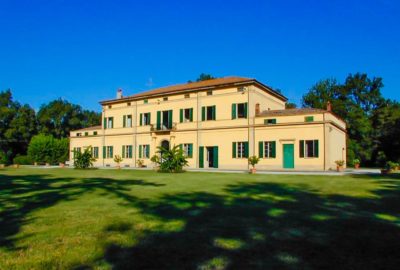