Trio Immersio, one of Vienna’s top chamber music ensembles, is the definition of refined female power in classical music. Concert activities have brought this young ensemble to 20 countries on four continents, including tours of Japan, the U.S., Canada, Mexico, Tunisia e.t.c.
In 2021 Trio Immersio will expand its geography with tours of South Africa and China. Major highlights of the season include recording of an all-Schubert CD in summer 2021, residency at the Iceberg Institute in Vienna (U.S.-Austria) and a performance of the Beethoven triple concerto.

Trio Immersio has performed at prestigious venues such as the Musikverein Wien, Wiener Konzerthaus, RadioKulturhaus Wien, Flagey in Brussels, Royal Danish Opera, Teatru Manoel in Malta, Theatre Sorano in Dakar, CRR Konser Salonu in Istanbul, Schönberg Centre, Ancient Amphitheater in Bodrum, Kyiv Philharmonie, Tbilisi State Conservatoire and has been a guest of the Carthage festival in Tunisia, the 30th Morelia Festival in Mexico, 45th International Istanbul Music Festival, Austrian Spring in Poland etc.Trio Immersio has been distinguished with a number of awards and prizes including the Brivio Sforza Award of Le Dimore del Quarteto as one of the best ensembles of 2019,  the prestigious ‘New Sound of Austrian Music’ award of the Austrian Ministry of Foreign Affairs given to select musicians to bear the honor of representing the musical culture and traditions of Austria all over the globe. Trio Immersio is also the winner of Bank of Austria Prix d’Arts in 2016.

​The intimate bond that Trio Immersio has with the musical culture of Vienna is particularly expressed in their interpretation of works by J. Haydn, L. Van Beethoven and F. Schubert.
Trio Immersio promotes chamber music as a lifestyle and believes in full immersion into the sound world of vivid emotions, colors and ideas. Their particular authenticity and sincerity has gained Trio Immersio special connection with the audiences in Europe, North America, Asia and Africa. 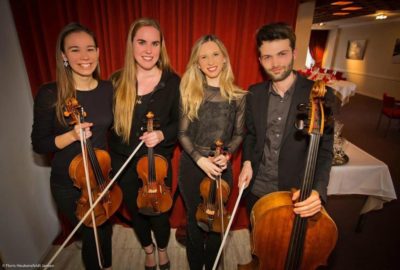 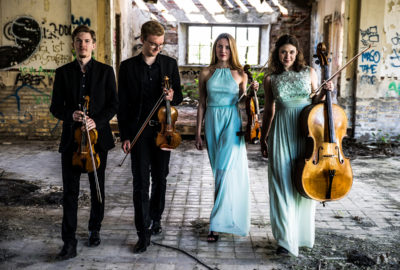