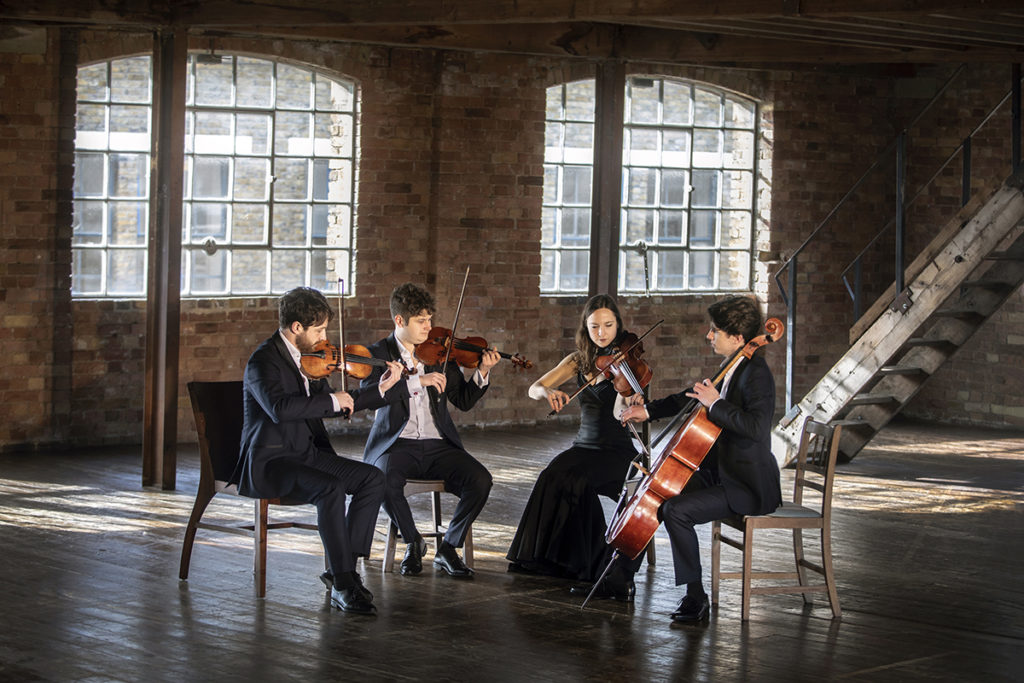 Winners of the Royal Philharmonic Society award for Young British String Players, the critically- acclaimed Ruisi Quartet has established a reputation as a charismatic and expressive young ensemble that is emerging as one of the leading British string quartets of its generation. Founded by British/Sicilian brothers Alessandro and Max, the quartet perform regularly throughout the UK and Europe and were winners of the Kirckman Concert Society Artists award for 2018/19, as well as being recipients of a Career Development Award from the Banff International String Quartet Competition 2019.

Based in London, the group have given concerts at many leading venues, including the Wigmore Hall, Kings Place, Royal Albert Hall and Conway Hall, plus recent appearances in France, Germany, Austria and Canada. Dedicated to continually exploring and developing, the group have studied with a wide-range of leading musicians, and are currently part of the Belcea Quartet’s prestigious scheme. In 2018, they were selected for an Aldeburgh Chamber Music Residency with cellist/conductor David Watkin, and for the IMS Prussia Cove masterclasses with Thomas Adés. In 2016 the group were Quartet in Residence at the Wye Valley Chamber Music Festival. They also attended the 2015 IMS Prussia Cove Masterclasses, where they worked with Ferenc Rados and Rita Wagner. For the 2013/14 season the group were invited on to the Artist Diploma in Chamber Music course at the Royal College of Music. This allowed the quartet to work closely with Simon Rowland-Jones, whilst also receiving masterclasses from some of the world’s most eminent chamber musicians, including Gábor Takács, Anthony Marwood and Levon Chilingirian. Most recently, the group have been working closely with Krzysztof Chorzelski, violist of the Belcea Quartet.

Recent highlights have included debuts at the Wigmore Hall and St John’s Smith Square in London, performances in France and Canada and live broadcasts on BBC Radio 3. The group look forward to making their debut in Moscow, Russia in early 2020. 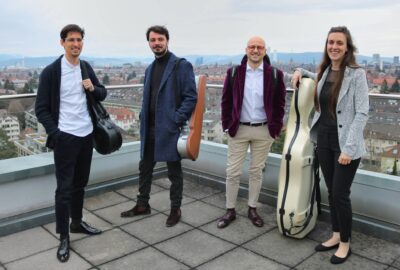 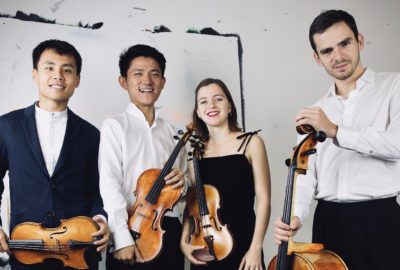