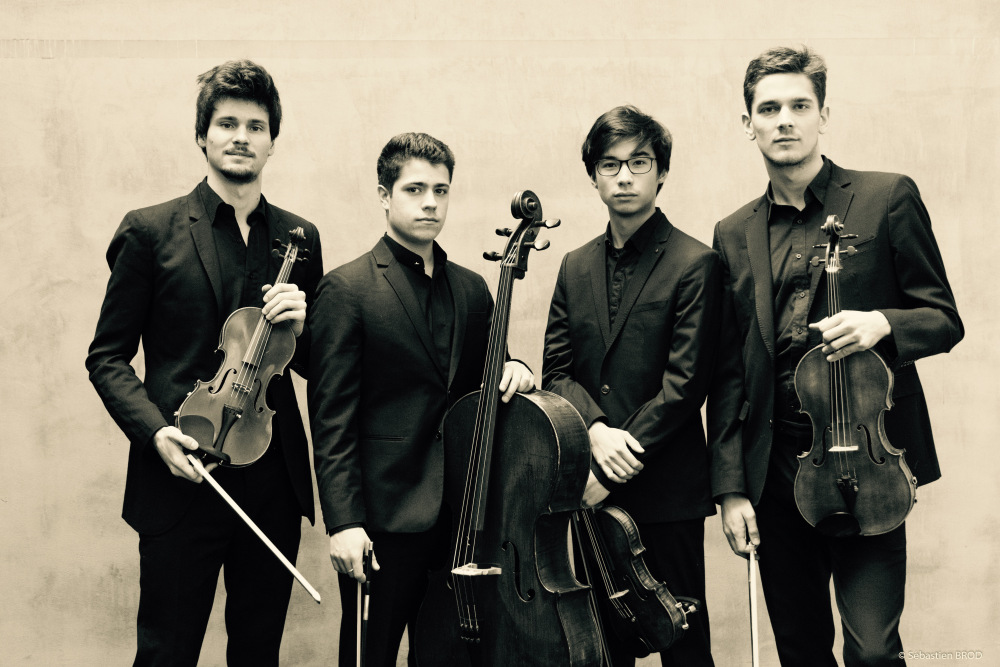 Created in December 2016, the Quatuor Elmire was granted the 2nd Prize during the FNAPEC European Competition in April 2018. Their common taste for the repertoire for string quartet brought them together, and led them to promote it during festivals and concerts such as The Ysaÿe Festival in Knokke, in Belgium, the Festival «Connaissances des Jeunes Interprètes», in France, the Festival «Saison du Prieuré» in Marigny, as well as the Rolex Learning Center of Lausanne in Switzerland.

Since the year 2017, the Quatuor Elmire has benefited from lessons with the violinist Philippe Bernhard from the Modigliani Quartet. That same year, they were admitted in the class of Luc-Marie Aguera (Ysaÿe Quartet) at the CRR de Paris. In the beginning of 2018, they were admitted into the Chamber Music Masters course at the CNSM de Paris.

They regularly benefit from masterclasses with great teachers and chamber musicians such as the members of the Modigliani and Ébène Quartets, Heime Müller from the Artemis Quartet, Luc-Marie Aguera from the Ysaÿe Quartet, Philippe Graffin, Jérôme Pernoo, Toby Hoffman, Amy Norrington, as well as Gilles Millet and Yovan Markovitch from the Danel Quartet. In 2017, the Quatuor Elmire began their journey with the ProQuartet formations and took part in the «Musicalta» and «Musique à Flaine» festivals. The Quartet was also invited by the Modigliani Quartet to take part in the «Rencontres Musicales d’Evian» in July 2017. In 2018, they were selected to take part in the Academy of the Aix en Provence Festival to benefit from counseling from Andràs Keller, David Alberman and Tabea Zimmermann.

Starting 2018/2019, they will begin their residency at the Festival des Arcs in the French Alps, directed by Eric Crambes. They will also take part in the «Le Dimore Del Quartetto» project in Italy, which is an opportunity for them to expand their audience throughout several concerts and other advantages shared by the Foundation.

Curious to discover different types of repertoire, the Quatuor Elmire had also played concerts with prestigious artists such as Julien Gernay, Victor Metral, Juliette Adam, Claire Désert, and Philippe Graffin. Their passion to play together has led them to create, with the help of their friend and composer Doryan Emmanuel Rappaz, the «ClassicArte Festival» in Geneva, Switzerland, where they created his Quartet Op.13 «Suite Folklorique». 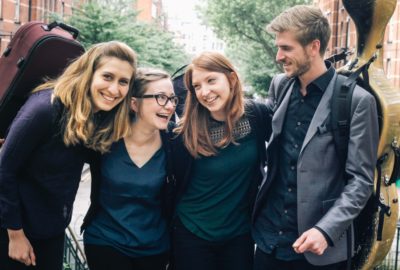 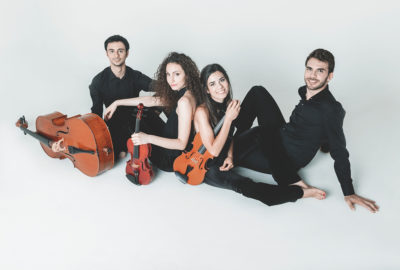