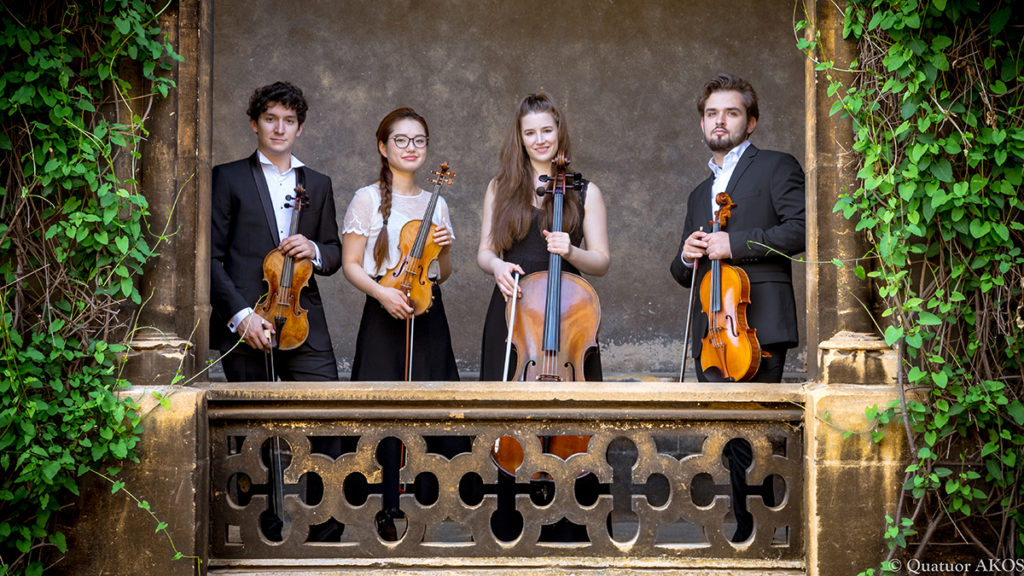 Formed in 2015, the Quatuor Akos is a laureate of 13th International Mozart Competition in Salzburg (Austria).

Inspired by the exhibition “L’Archet Révolutionnaire ” held in London (2015), the Quatuor Akos has started to explore the historical approaching by using the original classical bows for the classical repertoire composed from 18th to beginning of 19th century. Their first album consisting of integral piece of Joseph Haydn’s Opus 76, thanks to the financial support offered by the Foundation Fravanni (Belgium), will be recorded with the original classical bows and will be released in January 2021 from NoMadMusic.

The Quatuor Akos receives the instrumental support offered by the Fondation Culture et Musique (France). They are in the artist-in-residence program of Belcea Quartet Charitable Trust since November 2018, and has been selected to join Le Dimore del Quartetto network in Septembre 2019. 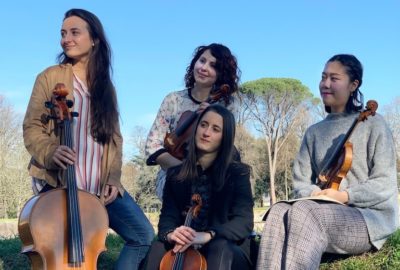 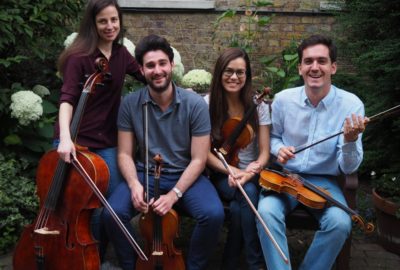 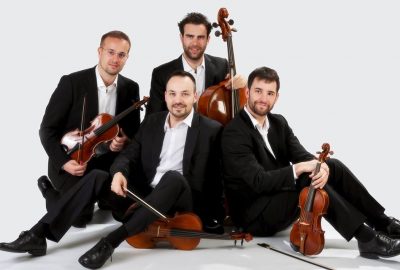