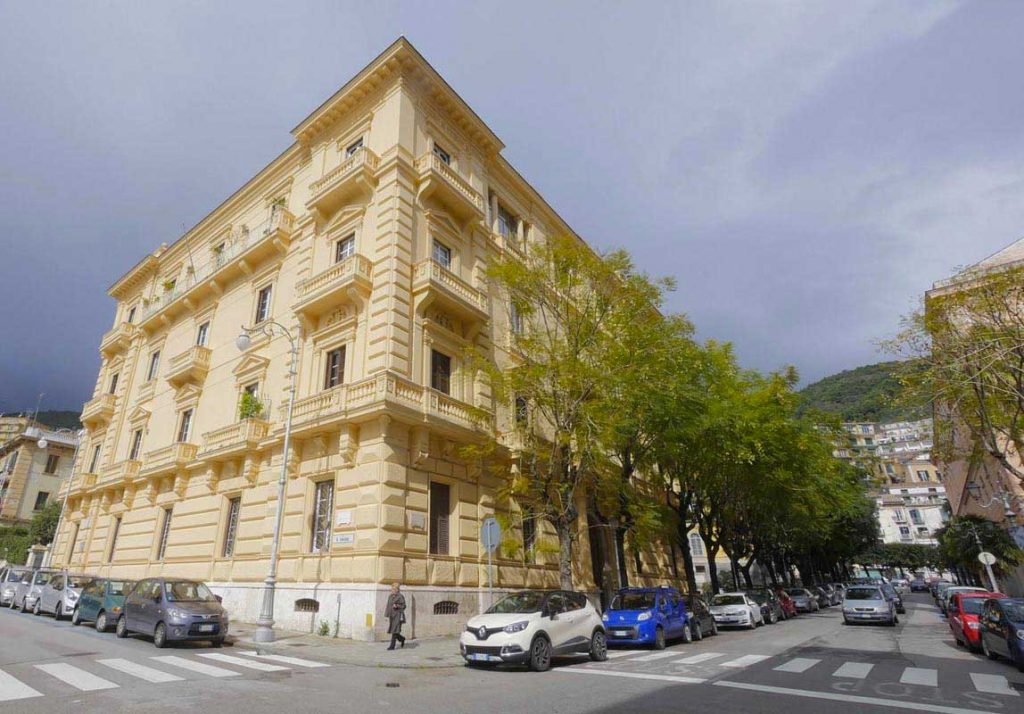 Palazzo Centola was built in the late 19th Century, just outside the ancient door of the historic centre of Salerno, a couple of decades after the construction of the G. Verdi theatre. After the demolition of the walls it has become one of the most important examples of civil building architecture of the city.
The construction of the building was completed in 1925 adding an area above, the colonnade facade overlooking the new Umberto I square, the wide windows and the hall for parties.
The hall currently hosts events for the Pegaso Telematic University and can fit more than 80 people seated.
The owners of Palazzo Centola would host the Quartet at the piano nobile in an apartment composed by two wide bedrooms, which were originally living rooms of the main apartment, a complete kitchen and bathroom. The two bedrooms are decorated with frescos, overlook the square and the sea. Besides the four beds, big sofas and Tv, there is also a chapel, now used as wardrobe but back in the days masses were celebrated. 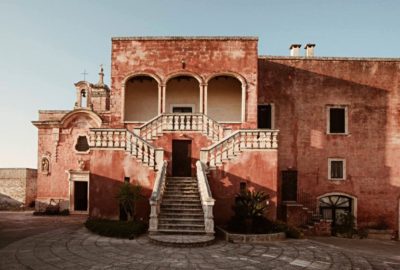 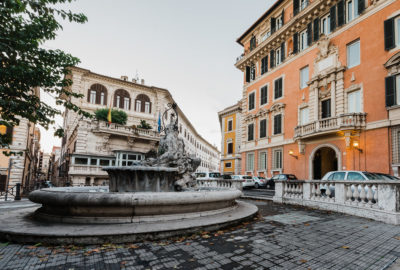 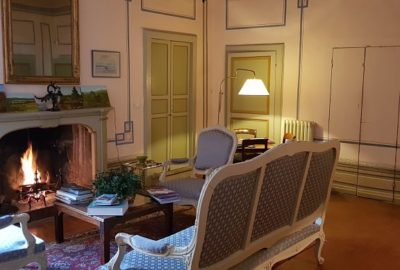