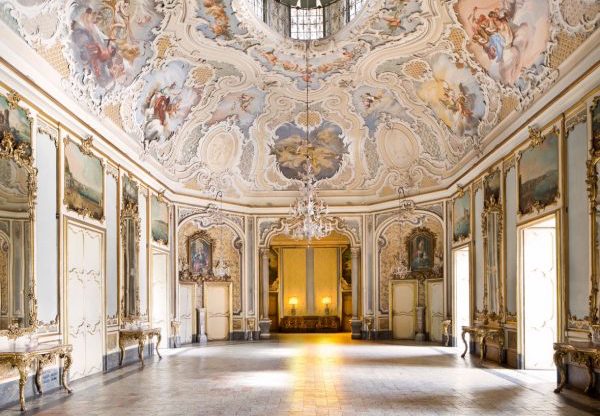 Palazzo Biscari, the most magnificent private building in Catania, is unique in terms of structure, outlay and decoration. After the earthquake of 1693 destroyed nearly the entire city, Ignazio Paternò Castello III Prince of Biscari obtained permission from the Deputy General Giuseppe Lanza to build the new palace on the ramparts of the 15th century walls of Carlo V. Ignazio died in 1700, leaving his son Vincenzo, fourth Prince of Biscari, to begin the structural work. The best architects in Catania at that time, Alonzo di Benedetto, Girolamo Palazzotto, Francesco Battaglia and his son Antonino all participated in the construction, which lasted more than a century.
The palace reached its greatest splendor under Prince Ignazio V, an eclectic man,  passionate about art, literature, and archeology, and one of the most significant figures in the cultural life of Catania in the mid-1700’s. The prince, no common client, did not limit himself to dictating his needs to the architect, but himself proposed models and architectural solutions inspired by what he saw in his travels.
Interested in the cultural progress of the city, Ignazio V had a private theater built with two rows of boxseats. He granted that theater to the Opera of Catania while waiting for the public one to be completed, and paid for the seats reserved for himself. Additionally, he was given the job of supervising the archeological expeditions in Val Demone and Val di Noto in eastern Sicily, and dedicated a great deal of energy to the construction and organization of the museum which would display the archeological harvest reaped from digs he himself had directed (1746). The collection includes not only ancient objects such as vases, medallions, cameos and statues, but also a collection pertaining to Sicilian history (armor, clothing, toys), as well as a private natural history collection. 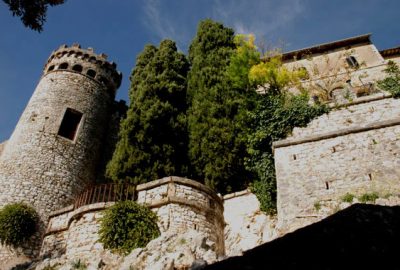 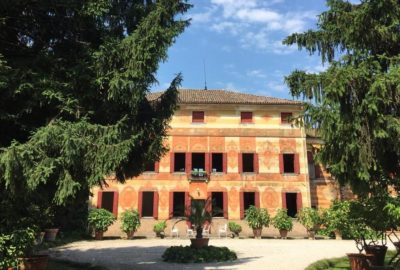 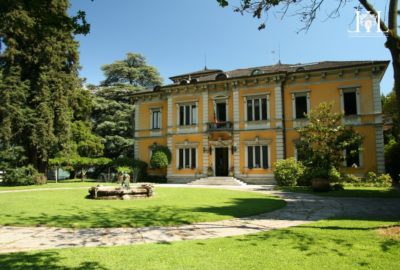