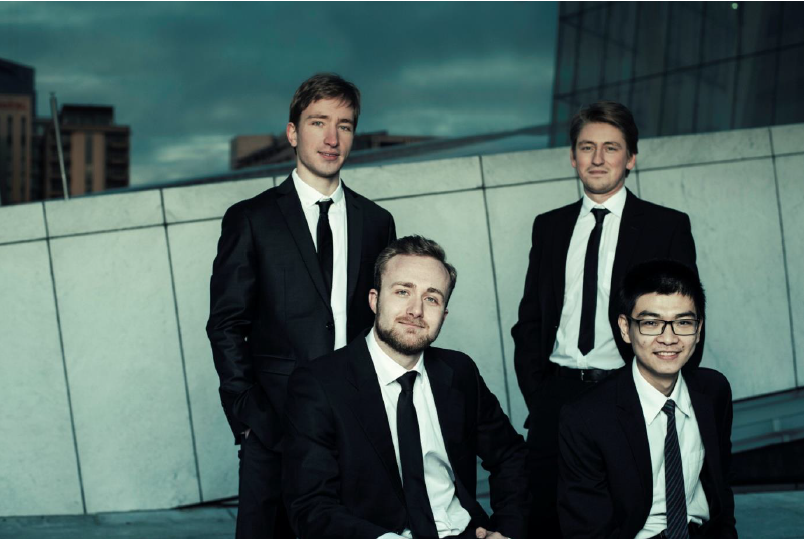 The Meteorôs Quartet is a recently established chamber music group based in Oslo, performing both as string quartet and piano quintet together with the pianist Marina Kan Selvik. The group consists of five master students at the Norwegian Academy of Music (NMH) taking part in the school’s chamber music program.

The group made their debut concert at the Academy in December 2016. In January 2017 the Meteorôs Quintet won first prize at NMHs annual Chamber Music competition for master students, receiving 35 000 NOK for their interpretation of the Shostakovich Piano quintet. They then repeated the same feat next year, January 2018, winning the first prize yet again for their performance of the Brahms quintet.

The group has been invited to several festivals, including the Oslo Grieg Festival in June 2017, and the Musical Chairs festival in Montreal February 2018. Then, in April 2018, the group won third price in the international “Stasys Vainunas” chamber music competition for piano ensembles in Vilnius. The group has taken part in several ECMA sessions, in both Vilnius, Manchester, and Oslo, receiving masterclass with acclaimed chamber musicians as Johannes Meissl, Patrick Judt, Petr Prause, Stefan Mendl, Jan Talich and Cristoph Eggner. In October 2018 the group had its debut at Oslo Concert House in a concert series of prestigious Rotary Club.

The quartet receives regular lessons from Are Sandbakken, appointed professor in chamber music at the Norwegian Academy of Music and member of Oslo String Quartet, as well as lessons with Lars Anders Tomter and Håvard Gimse. The group’s aim is to establish itself as one of the leading chamber music groups in Oslo and abroad. 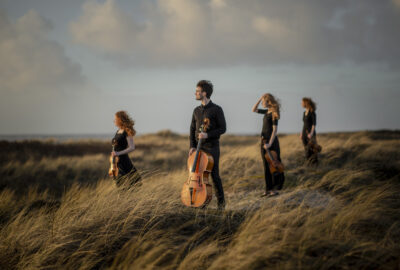 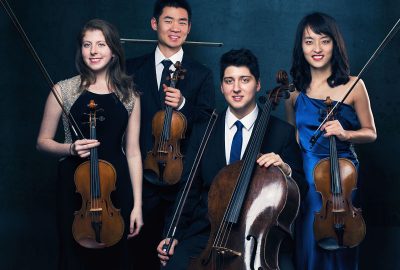 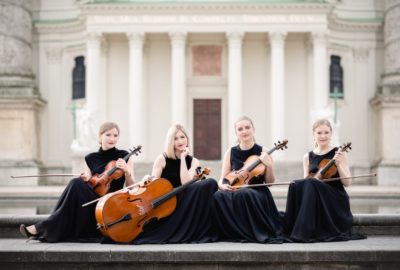