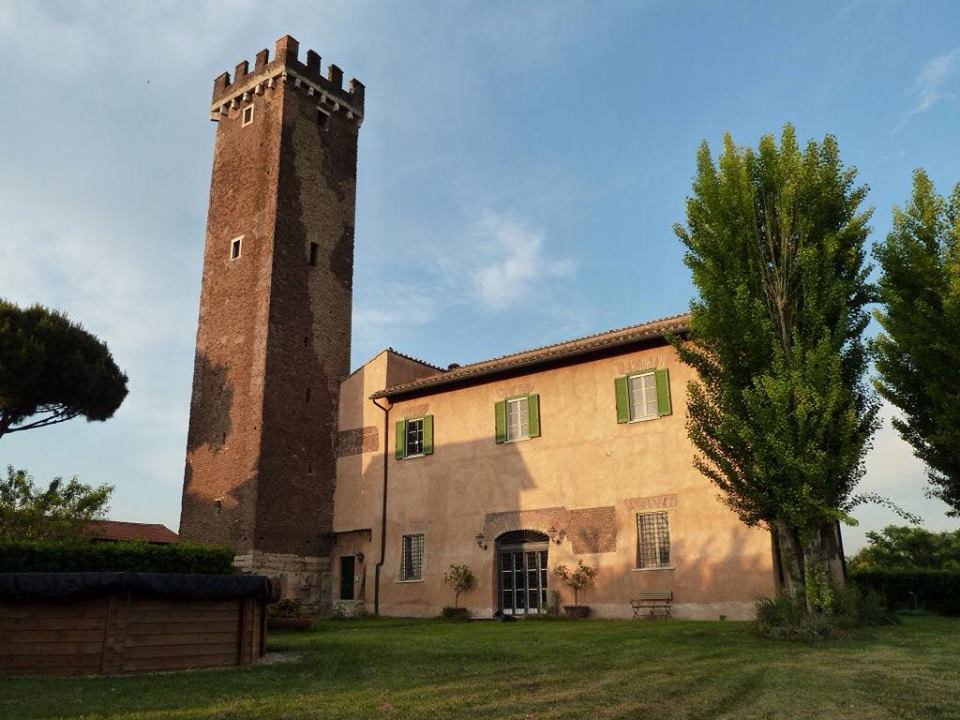 Casale S. Eusebio is located approximately one kilometer south of the thirteenth kilometer of Via Tiburtina. It is placed on a tufaceous spur about forty meters above sea level overlooking a bend of the Aniene river, in a dominant position with respect to the surrounding area, and its high tower can be recognized at a distance from today’s Grande Raccordo Anulare; the whole top of the hill is also surrounded by a powerful wall made of tuff blocks.

The correct identification of the farmhouse is due to the scholar Jean Coste.

The first document relating to the monument is a deed of sale of 1289 with which the Papazzurri (family of that Roman aristocratic elite which was composed of merchants – the Roman mercatores – and the senatorial aristocracy of the Capitoline Municipality) sold the farmhouse then called de Bulagariis to the Roman convent of the Celestini di S. Eusebio, of which it will keep the name; in the 16th-17th centuries the property passed to the Cesi family, becoming part of the huge estate of Marco Simone, and finally from the end of the 17th and again in the 19th to the Prince Borghese.

The prominent element of the complex is undoubtedly the high tower (about 26 meters high): at the base it has a large base of reused travertine slabs (as confirmed by recent archaeological excavations, probably coming from a nearby Roman villa), while the elevation consists of a brickwork in blocks of red tuff almost completely exposed, with various restoration interventions including the brick one on the south and east sides particularly evident. The tower has loopholes on the lower floors, windows with travertine frame on the upper ones and a protruding apparatus with “Guelph” (i.e. square) battlements; in the tufa masonry many of the pontoon holes used by the construction scaffolding can be recognized.

Currently the House is a private residence and will be soon Foundation for Art and Culture. 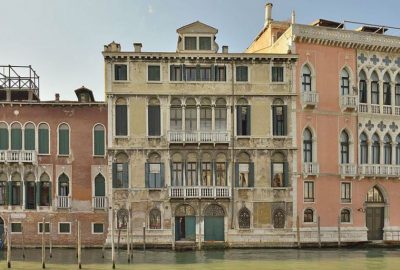 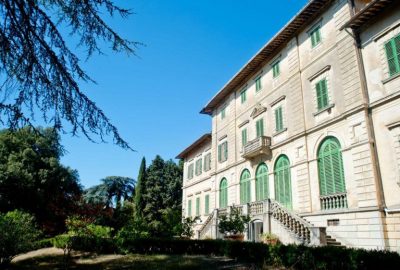 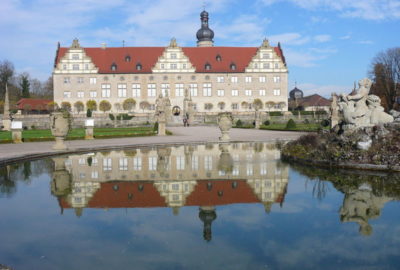