Posted on 3 September 2019 • Posted Under Uncategorized • No Comments

Espresso Masterclass is dedicated to chamber music and it is organised by Le Dimore del Quartetto under the artistic direction of Simone Gramaglia. A full immersion with international Maestros in the special setting of the historic houses. The ensembles, selected by the artistic direction within the network of Le Dimore del Quartetto, participate to the masterclass thanks to a scholarship.

Espresso Masterclass 2020 has taken place at Villa Valvitiano from Semptember 14th to 16th, 2020. The concert of the ensembles was on Tuesday, September 15th, 2020.

The 2020 masterclass has been realized with the fundamental support of Ilaria Borletti Buitoni, president of the Borletti Buitoni Trust and creator of the Franco Buitoni Award.

A versatile and intellectually curious musician, Simone Gramaglia combines his passion for music, philosophy and literature with an intense activity as a musician (both in chamber music and as a soloist), as a teacher and as an artistic director (Dimore del Quartetto, MusicwithMasters, Sergio Dragoni Competition) allowing him to constantly promote musical culture and supporting in particular young people. A Founder member of the Quartetto di Cremona, during his career he has performed in the most prestigious concert halls in the world and has collaborated with influential figures on the international music scene. He plays a 1680 Torazzi viola (Kulturfonds Peter Eckes) and was the first Italian violist to play for a long time the viola “Paganini” by Stradivari (Nippon Music Foundation). He writes the column “L’Angolo del Quartetto” (Quartet Corner) for Archi magazine. 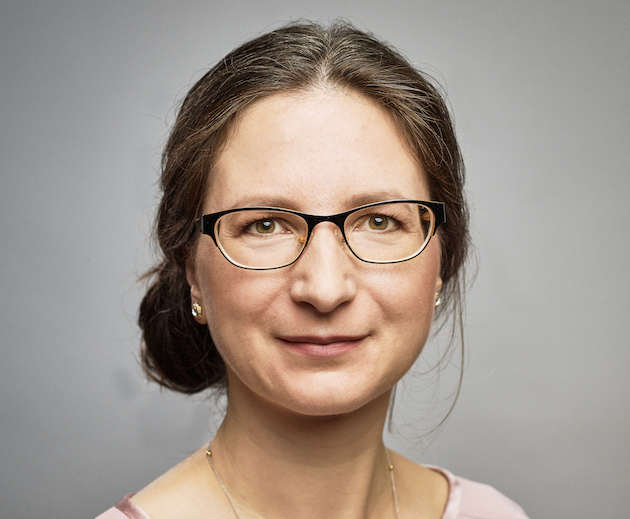 She plays a violin by Carlo Ferdinando Landolfi (Milan 1756).

Cellist and conductor. As soloist, Enrico Bronzi has won the most prestigious international competitions and has collaborated with great artists such as Martha Argerich, Alexander Lonquich, Gidon Kremer, and ensembles like Hagen Quartet, Kremerata Baltica, Camerata Salzburg and Tapiola Sinfonietta. Bronzi has coupled his soloist activity with his career with Trio di Parma, founded in 1990. Since 2007, he has been teaching at Universität Mozarteum Salzburg. 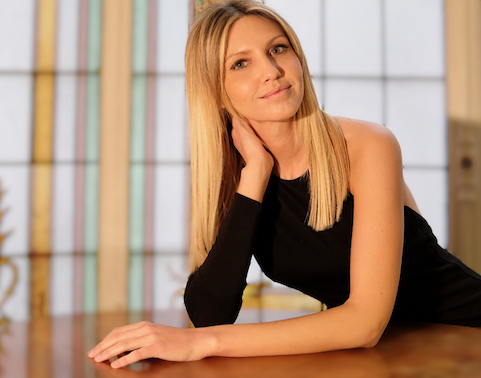 Italian pianist Vanessa Benelli Mosell is a rising star on the international music scene, continuously praised for her dazzling virtuosity, technical brilliance and the sensitivity of her musical insight that she brings to her piano playing , as well as to her conducting and directing from the keyboard. Benelli Mosell’s charismatic artistry and natural leadership are quickly establishing her as one of the most interesting personalities in the young conductor’s generation. Combining sheer power and boundless imagination, her electrifying musicality has been shaped significantly in mentorships with Karlheinz Stockhausen and Yuri Bashmet. As a chamber music performer she collaborated with Renaud and Gautier Capuçon, Julian Rachlin, Vadim Repin, Massimo Quarta, Daishin Kashimoto, Radovan Vlatkovich, Henri Demarquette.

Trio Bohémo was founded in 2019. Currently, they are studying under the guidance of prof. Onczay Csaba and Mezö Peter in Budapest. Recently, they have been receiving numerous concert invitations, including an appearance in Nagyterem of Zeneakademia. In May 2019, they were admitted as aspirants to the European Chamber Music Academy, where they will study under the guidance of the best chamber music professors around Europe. After few months following their establishment, they have been awarded 2nd prize at the prestigious Gianni Bergamo Award in Lugano (Switzerland), where they competed with some of the best young European chamber music ensembles. Following this success, they have been selected to join the Le Dimore del Quartetto network. In the 2019/2020 season, they will be performing at festivals such as V4 Pianofest in Hungary or at the Kloster Konzerte St. Blasien concert series in Germany.

To follow one’s own path unburdened by pre-defined standards. One that transcends barriers and pushes all boundaries – that is the motto of the Chaos String Quartet. The group is currently mentored by Johannes Meissl (Artis Quartet) in Vienna. In 2019, the quartet was selected for the prestigious ECMAster (European Chamber Music Master) Programme. The Chaos String Quartet will receive artistic guidance and take advantage of the expertise, culture and tradition of the universities in Vienna, Oslo, and Paris. This includes an inter-disciplinary project centred on the science and philosophy of the group’s namesake concept of “Chaos”, through which the ensemble will be involved in collaborating with a wide range of composers and artists. For the season 2019/2020 the Chaos String Quartet has been invited as “Quartet in Residence” at the Podium Festival Mödling in Austria as well as for concert tours through the Netherlands, Germany, Austria, Norway and Spain. Susanne plays a violin made by Stefan-Peter Greiner (Bonn, 2005), kindly loaned to her by the German Music Instrument Foundation and Bas Jongen plays a rare cello by Hendrick Jacobs (Amsterdam, ±1690), on loan from the Dutch National Musical Instruments Foundation.

The Tchalik Quartet has the peculiarity of being composed of four brothers and sisters. Born into a family with Russian origins and where music holds a central place, they have played together from a very early age. This immersion in chamber music has enabled them to develop a closeness and natural harmony and sensitivity which are apparent in their music. In February 2018, the Tchalik Quartet came away with 1st Prize and a Special Prize for the best interpretation of a Mozart quartet at the International Mozart Competition 2018 in Salzburg. In 2019. they have released their first album Short Stories dedicated to Thierry Escaich’s chamber music works, with whom they have been working for a while. The Quartet has played at prestigious festivals in France, Germany, Belgium, Switzerland, Italy, Hungary and Austria. They have also been regularly invited to play for the radio such as France Musique and the RTBF in Belgium and in 2020 they will be on stage at the Auditorium du Louvre. The instruments played by the members of the Quartet are exclusively made for them by violin maker Philippe Mitéran and bow-maker Konstantin Cheptitski.

President of the Società del Quartetto di Milano since 2017, Ilaria Borletti has been undersecretary of the Minister of Cultural Heritage and Tourism of the 2013-2018 Italian government, for years in the board of directors and then, in June 2019, vicepresident of FAI (Fondo Ambiente Italiano). In 2004, she founded the Borletti Buitoni Trust for helping young talented musicians and has been vicepresident of the Association “Amici della Musica” of Perugia, to which she keeps on giving her support.

The masterclass #1 was held at Villa Valvitiano in Perugia (Italy) from October 4th to 6th 2019, by Maestros of exception such as Simone Gramaglia, Sergei Bresler and Jamie Walton. The ensembles selected to participate are the Quatuor Bergen, Quartetto Eos and Trio Immersio.

The 2019 masterclass has been organized with the fundamental support of Ilaria Borletti Buitoni, president of the Borletti Buitoni Trust and creator of the Franco Buitoni Award.

A versatile and intellectually curious musician, Simone Gramaglia combines his passion for music, philosophy and literature with an intense activity as a musician (both in chamber music and as a soloist), as a teacher and as an artistic director (Le Dimore del Quartetto, MusicWithMasters, Sergio Dragoni Competition) allowing him to constantly promote musical culture and supporting in particular young people. During his career he has performed in the most prestigious concert halls in the world and has collaborated with influential figures on the international music scene. He was the first Italian violist to play for a long time the viola “Paganini” by Stradivari (Nippon Music Foundation).

A powerfully versatile cellist and somewhat of a maverick, Jamie Walton combines a career in both chamber and solo capacities, appearing throughout much of Europe, USA, New Zealand, Scandinavia, Canada, Australia and the UK. Having performed with many of the British finest orchestras such as the London Philharmonic Orchestra, Royal Philharmonic Orchestra and Philharmonia, Jamie has also recorded thirteen concertos: three with the RPO and ten with the Philharmonia which include the Dvorak and Schumann under Vladimir Ashkenazy. Further to this, Jamie’s discography with Signum Classics extends to much of the sonata repertoire and the complete works for cello by Benjamin Britten. 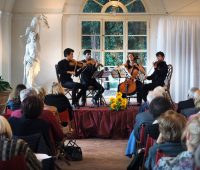 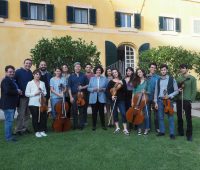 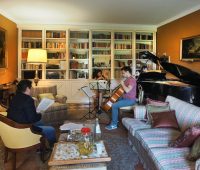