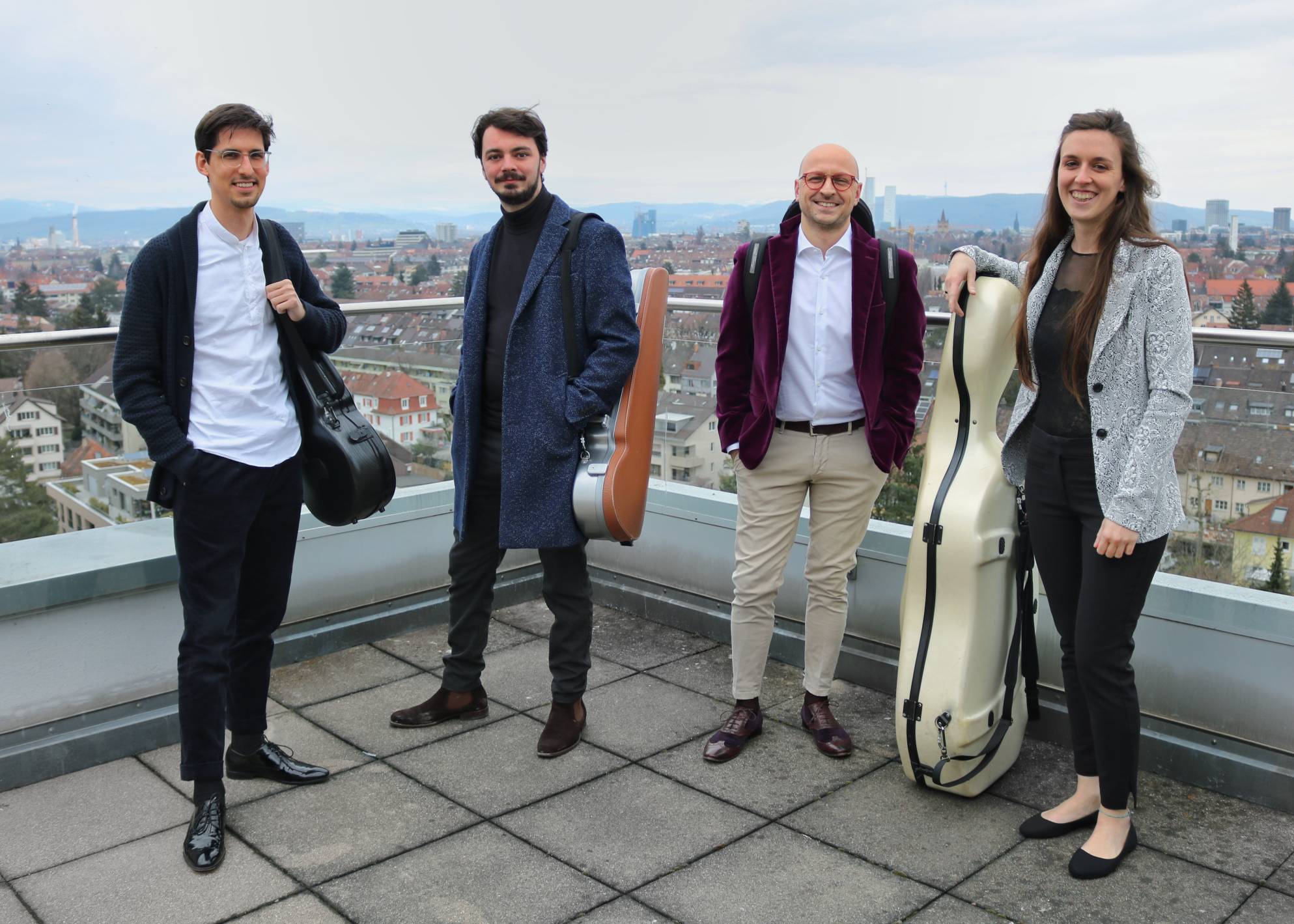 Founded in 2016, the zArt Quartet has attended masterclasses for string quartet with Andrea Repetto at the Conservatory “C. Monteverdi” in Bozen and with Rainer Schmidt at  the Hochschule für Musik in Basel. The Quartet took also part in masterclasses with Lorenzo Coppola, Eberhart Feltz, Valentin Erben, Alessandro Moccia.

In 2019 the Quartet won the first edition of the competition for string quartets “ Sergio Dragoni” at Casa Verdi in Milan. On the same occasion it got the Audience award and the Prize as best performer of the contemporary piece “Aria” composed by Silvia Colasanti for the competition.

The zArt Quartet  has been selected to join Le Dimore del Quartetto network and since 2020 has been supported by CIDIM.