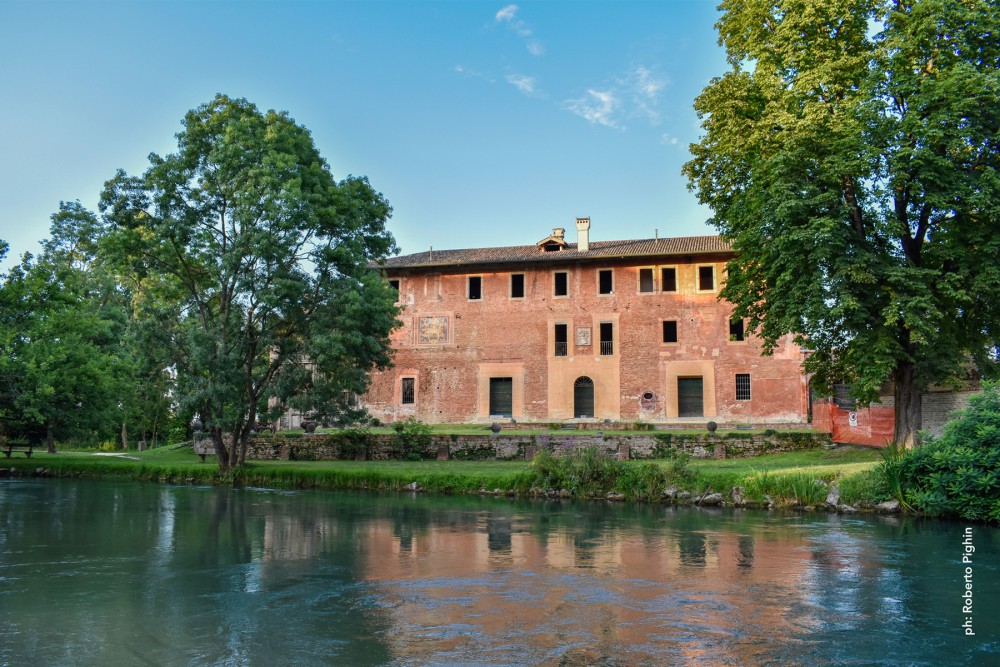 Villa Ottelio Savorgnan is located in Ariis (Rivignano Teor, Friuli Venezia Giulia). Built by the Stella river, the compound is situated in the area of the “Parco Comunale dello Stella” and “Sito di Interesse Comunitario Risorgive dello Stella”, place in which there can be found some interesting plants species. The justification of its position can be found in the Stella river: at the beginning, during the second half of the 13th century was built a military and commercial fortification, on the which basement was then realized the Villa. In the beginning the Villa that we can see nowadays, was the Wrusberg’s castle: as it is known, in Ariis since 1257, there was a castle, which was sold by Patriarca Gregorio di Montelongo to the Wrusberg’s family. Then the property was given to one of the most important Friulian noble families: Savorgnan. They were used to held at the time the Venetian salt and tobacco monopole. They used to sell the goods in their feuds and in the whole Friuli. Since the fact it was needed a building which had to be used as a warehouse, near the Villa there were realized new buildings, which were used for the salt storage and as a servant’s abode. Savorgnan family controlled the whole compound from 1336 to 1492, year in which the feud was divided among four members of the Savorgnan Family; the castle has been demolished, and, in its place, was build the Villa that can be visited nowadays. On the façade, known for the typical orange-red color, can be observed the Savorgnan arms, characterized by the argent shield. In addition, between the Villa and the river, there was the Italian garden which cannot be visited nowadays, since the fact it has been destroyed. During the 19th century were added new factories and in 1885 the property was bought by Ottelio family, in which they used to live until the beginning of the 20th century. In the past decades, Villa Ottelio was a Friuli Venezia Giulia region property and in 2015 became a municipal property.