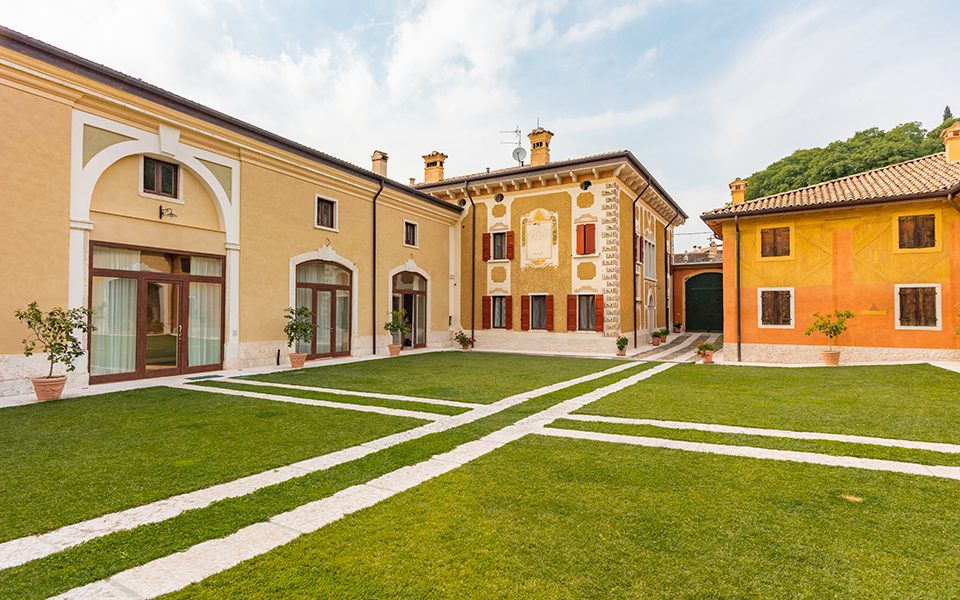 Located between Verona and Lake Garda, the small municipality of Pastrengo is home to Villa Padovani: a very special corner of the world offering the magic of silence and the exclusivity of a unique place immersed in history, art and beauty. This Villa, nowadays owned by the Padovani family, conserves the historical Corte dei Frati, a rural court which over the centuries has been a place of defence, a place of peace and spirituality and a place of family ransoms.

The court, anciently called Ca’ de Frati, is characterised by ovens and wells, which shows the need to provide sustenance for a consistent flow of people, and by the remains of the surviving vaulted windows of the outside wall which lay testament to it’s defensive role: These features demonstrate the fact that the small house to the north of the manor house dates back to medieval times.

Il 1932, Piero Ronzetti, the previous owner of the villa, rebuilt the manor house and redecorated the court recalling the Liberty style. The ostentation of the family coat of arms is significant as it seems to highlight Piero Ronzetti’s new status of land owner. An example of this ostentation is the frieze portraying Pastrengo amongst a flight of angels that can be found under the ceiling in almost every room and in the large oval in the ceiling in the main entrance hall. The latter is a 20th century construction commissioned by Ronzetti which corresponds to the evolutionary progress of the residences owned by the bourgeoisie, which after the construction of the main manor house, was then used as a rented home, and finally, as an independent home for private use. 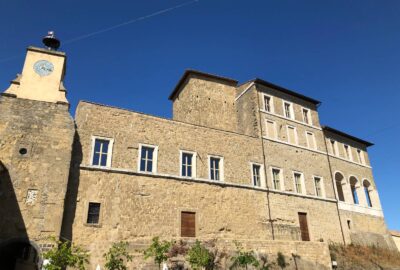