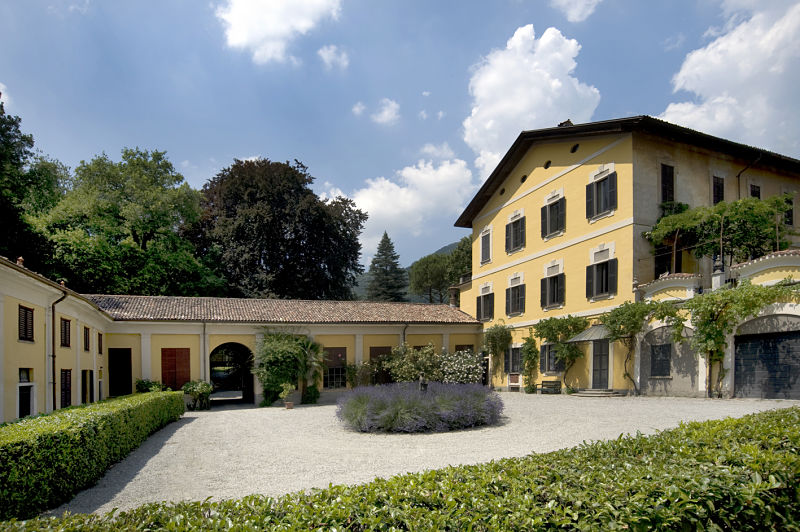 The history
The history of the Clerici family has its roots back in the eighteenth century and extends to the present day, shaped by those who were the most prominent exponents and influenced the course with their own choices and vicissitudes. Belonging to the Lombard middle class, many of them lived and worked in the municipalities of Erba, Crevenna and Incino. Choosing Erba to start their business, acquire a certain number of lands and properties and enter fully into the social and economic life of the time.
Ludovico Clerici (1714-1796) and his wife Margherita Croce, had ten children, seven boys and three girls. Giuseppe (eldest son) decided to erect a spinning mill and a spinning wheel in the municipality of Crevenna with which to guarantee an occupation and a sure source of income for each of the brothers. The starting date of the activity and opening of the company Giuseppe and F.lli Clerici, takes place between 1768 or 1769.
The passage from “filanda” (the spinning mill) to Villa Clerici took place at the end of the 1800s by the hand of Eng. Carlo Clerici.
A leading industrialist, he founded Ettore Conti la Clerici, CONTI & C., with the aim of producing and distributing electricity in some districts of Milan. Later he became Edison Company, ing. Clerici & C. and finally O.S.R.A.M., for the manufacture of lamps, built in Milan on 10 April 1897. Carlo Clerici remained at the helm of the company until the 1950s, first as President and then as Honorary President.
Today our family, after nine generations and almost a quarter of a century, keeps it as a testimony and indelible heritage.


General description
Villa Clerici complex dates back to the second half of the eighteenth century. It dates back to August 1776, a date evidenced by the existence of a parchment found inside one of the roof beams, which attests to this period the completion of the works.
Villa Clerici was born as a residential and productive complex, in fact the typical typological and structural characteristics of the buildings for the manufacture of silk are very evident, a notable activity in Brianza during the XVIII-XVX centuries. As evidence of this, in what is now the park of the villa, there was a mulberry plantation a pond for the decantation of silkworms, later transformed into a pond-pool.
In 1780, the villa was enlarged and, in what is today Largo Clerici; warehouses were built, for the storage of goods, stables for horses and the staging station for postal couriers. At the end of the twentieth century, Ing. Carlo Clerici decided to renovate the villa changing its intended use, creating what is the complex of villa Clerici as it presents itself today.