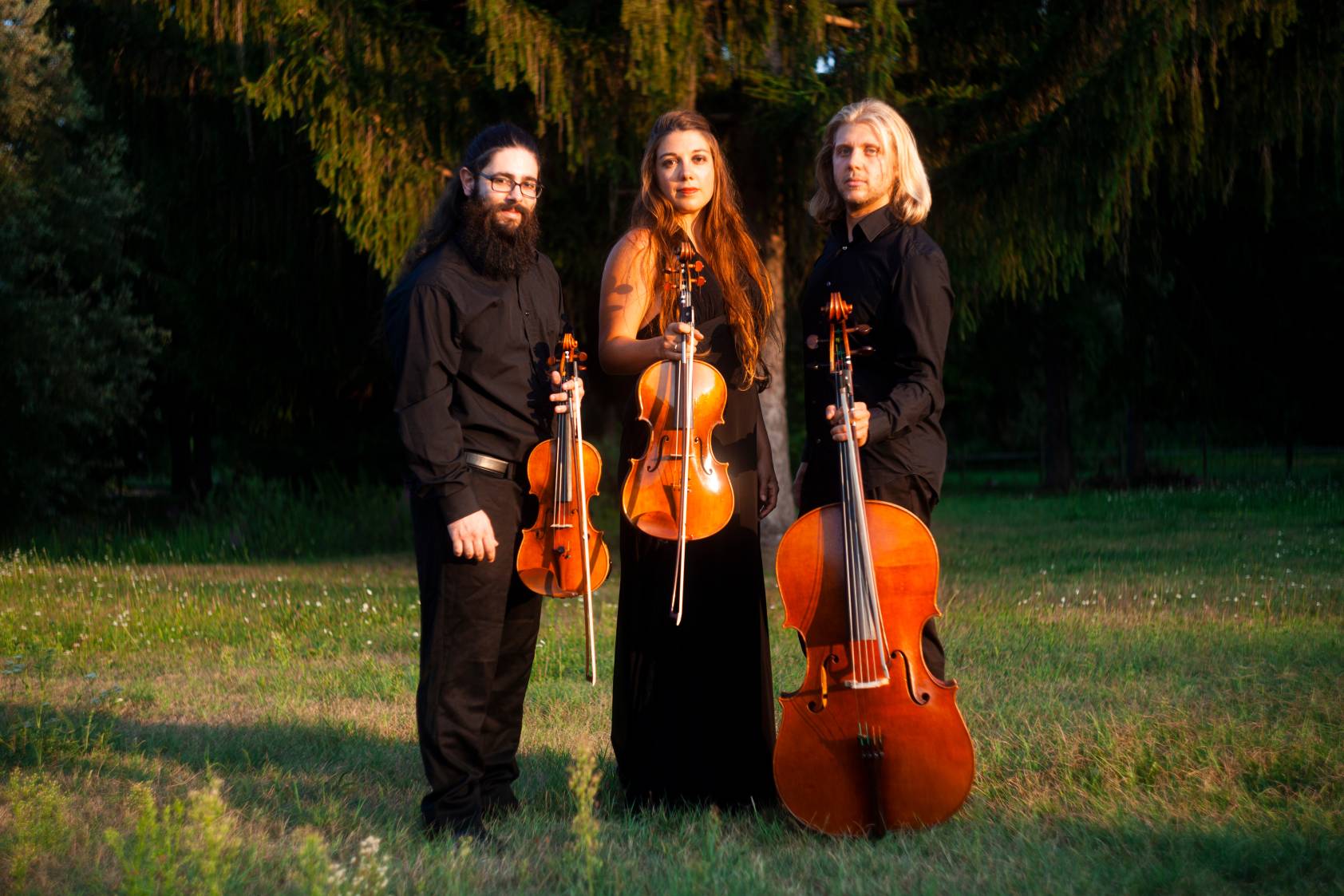 The Walter Stauffer Academy of Cremona in the class of the Cremona Quartet, the Chigiana Academy of Siena with the teachings of Bruno Giuranna, the Jeunesses Musicales Deutschland of Weikersheim with Heime Muller, the Cuarteto Casals, the Quartetto Belcea and the meeting with the Gewandhaus Quartet, the Fine Arts Quartet, Dirk Mommertz and Hariolf Schlichtig were solid presences that enhanced and developed the artistic qualities of the Trio Quodlibet, qualities that allowed the three musicians to stand out also in important international competitions. In 2016 they were awarded the 2nd “Tina Anguissola Scotti” prize at the “Valtidone International Chamber Music Competition” and the 1st prize at the “European Music Competition” in Moncalieri; in 2018 they achieved the 2nd prize at the Massimiliano Antonelli International Chamber Music Competition in Latina.

With the “Goldberg Project”, born in 2015, they took part in a tour in the South of France, in a residence in the Ravenna Festival for “I Vespri a San Vitale” and in a series of concerts for the Bottari Lattes Foundation in Monforte d’Alba, for the Cremona Violin Museum at the Arvedi Auditorium and for the Monteverdi Tuscany Festival. In April 2018 they went on tour in South Korea.

Along the course of 2019, the Trio Quodlibet and RAIRadio3 “La Stanza della Musica” planned the complete execution of the Beethoven trios, broadcasted live in 5 episodes.

For their musical skills they were the first string trio to be selected within the international network of Le Dimore del Quartetto, thanks to which they regularly perform for the Italian Historic Houses Association.

In 2017 they received the “Lili Comparini” scholarship courtesy of Doctor Carlo Comparini and in 2019 another scholarship by the Rotary Club of Cremona.

In July 2020 they debut in the recording world for SMC Records with “Il Re Maggiore”, the album dedicated to the Beethoven’s String Trios in D major in occasion of the two hundred and fiftieth anniversary from his birth.