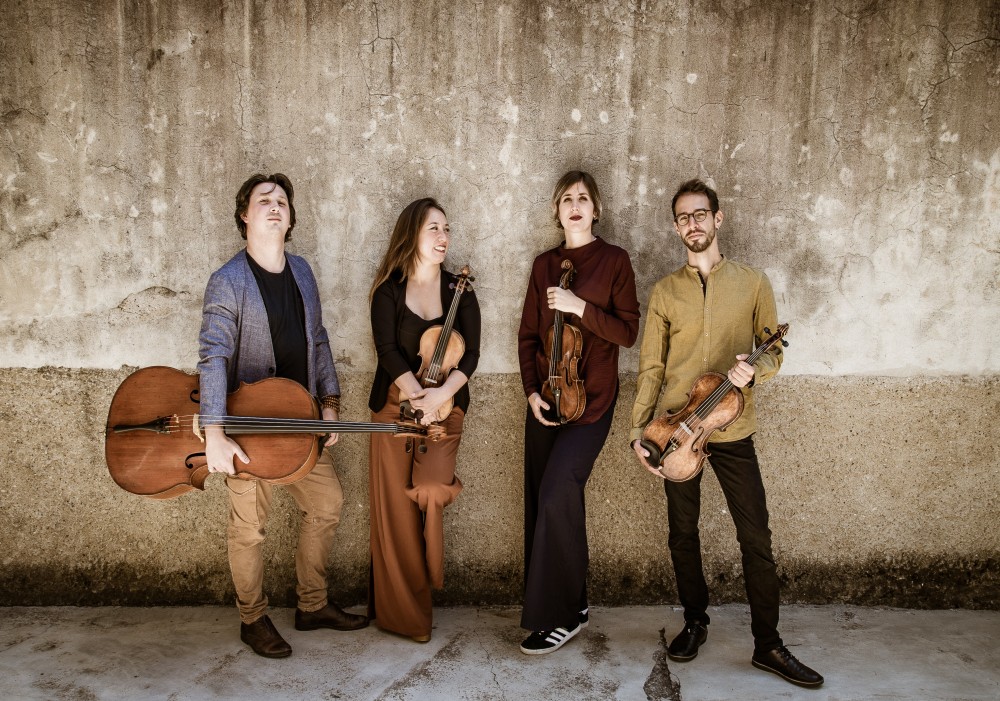 The Quartetto Indaco was founded in 2007 at the Fiesole Music School, thanks to the impetus of Piero Farulli and Andrea Nannoni, and is now considered one of the most interesting Italian string quartets of its generation.

After graduating in Fiesole, the Quartetto Indaco follows specialization courses with exponents of the major quartets of our time (among others, Hatto Beyerle and Günter Pichler of the legendary Quartet Alban Berg and Rainer Schmidt of the Quartet Hagen) obtains a Master’s in Chamber Music in 2017 at the Musikhochschule of Hannover, under the guidance of Oliver Wille (Kuss Quartett) and perfected at the Chigiana Academy of Siena.
After winning the special “Jeunesses Musicales” prize at the 2014 “Premio Paolo Borciani” International Competition, he was among the finalists of the same Competition in 2017 and has won several international awards and scholarships.

Particularly appreciated by the public for its extraordinary communication, the Quartetto Indaco has always received excellent reviews from specialized critics who have defined its performances as “an amazing fireworks display, so brilliant that the walls of the hall barely contained it”.
“Compact ensemble, full of enamel and exuberance”, the Quartetto Indaco highlights its artistic qualities in a vast repertoire, from classical to contemporary, with a particular predilection for 19th and 20th century authors. In addition, the Quartetto Indaco carries out in-depth research on Italian authors and is dedicated to the diffusion of new musical languages.
Guest of prestigious music Festivals and institutions in Italy (among others, I Concerti del Quirinale in Rome with live coverage on Rai Radio3, Music in Tennis at Villa Necchi for the Società del Quartetto di Milano, “Amici della Musica di Reggio Emilia”, Festival ” Paesaggi Musicali Toscani “,”Festival dei Due Mondi “in Spoleto, “Nuova Consonanza” in Rome), the Quartet also regularly performs in Germany (Heidelberger Frühlings, Podium Festival, Goslar Musik Wochen) Switzerland, Ireland, Latvia, Sweden, Portugal, Spain and Holland . In the 2019/20 season he made his debut at the Unione Musicale in Turin and at the Stradivari Festival in Cremona, performing with the pianist Uri Caine in a cross-over concert dedicated to Wagner.
Furthermore, he was among the protagonists of the Beethoven complete “Roll Over Beethoven” promoted by the Accademia Chigiana di Siena: the two concerts held by the ensemble were particularly appreciated by critics who underlined how “the harmony of the execution allowed to the public to feel fully involved… “.

The quartet also recorded complete quartets of the composer Giovanni Albini for Brilliant Classics and the album “Songs after the Apocalypse” by Andrea Portera for Ema Vinci S.r.l.
In 2020 the release of the cd “Northern Lights” dedicated to nordic composers such as Grieg, Rachmaninov and Sallinen, and containing a piece by Cosimo Carovani, composer and cellist of the quartet.
For 2021 the ensemble is carrying out the publishing and recording of two projects in collaboration with the publishing house “Sconfinarte”: Dante21, which involves 34 living Italian composers for the 34 cantos of Dante’s Inferno and Miniature Vol. 1.

Since 2017 the quartet has been quartet in residence for “HighScore Festival” in Pavia and of the Milano Classica Chamber Orchestra. 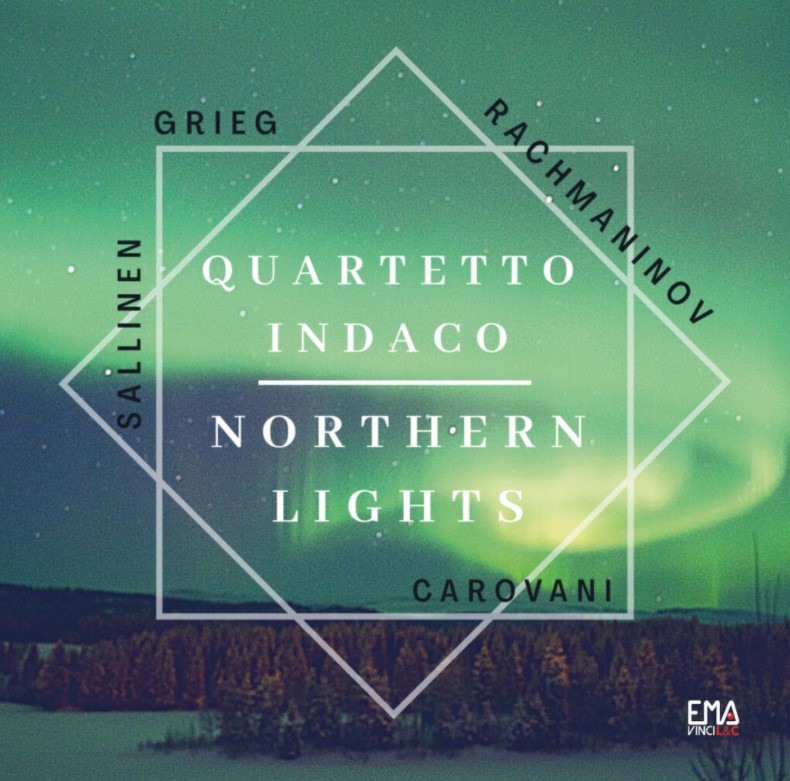 The musical project conceived by the Quartetto Indaco is dedicated to the lights of the North and to the phenomenon of the aurora borealis. The Quartetto Indaco has wisely connected authors and pieces of music through different leading themes that intertwine perfectly, giving the whole project unity and organicity. The musical path outlined here becomes a real journey in the northern hemisphere in search of a privileged point to observe the sublime grandeur of the polar aurora. To show us the way, as mentioned, some thematic “compasses”: the earth and the song are those that emerge in a more predominant way. 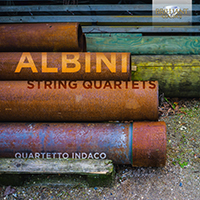 Giovanni Albini is a fascinating figure in contemporary art, as he developed a unique and personal compositional technique in which the course of the music is designed by mathematical patterns (Albini is a mathematician as well as a composer).

This new recording presents 9 string quartets, written over a period of 15 years, which serve as a seismograph of his compositional activity. The quartets are partly single-movement and partly multi-movement, averaging 6 minutes in length.

The quartets offer a fascinating listen to the music of a brilliant mind, an original personality, witty and warm. Excellent performances by the Italian Quartetto Indaco. 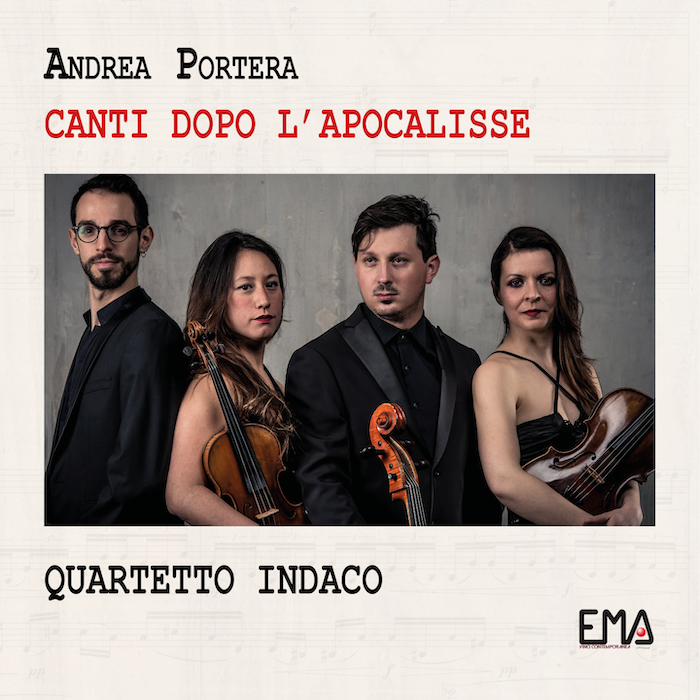 Seven pieces, each of which starts from the allegorical figure of “the seven seals” of the Apocalypse, which the evangelist John claims to have seen in a vision described in the last book of the Bible. Each movement therefore has an initial section that musically manifests itself as an emblem of archetypal figures and events: the seven seals, as an emblem of modern society. Perhaps our age has within it the seeds of the dogmatic and archetypal Apocalypse described in the Bible. The seven seals are emblematic figures easily recognizable in events that modern society places before our eyes on a daily basis; in their description they appear as follows: at the opening of the first four seals, four knights appear, following the invitation of creatures and cherubs, who, with a voice of thunder, say “Come” (a word that will find musical correspondence as a “signal” that gives the incipit to the structural development).

ARCIPELAGO MILANO
"I conclude with a dutiful and special commendation to the renewed Quartetto Indaco which, as announced, last week performed at MA.MU. - in a state of absolute grace - the Quartet in F major by Ravel and the Quintet in G major opus 111 by Brahms. Two perfect performances, exciting and strongly participated by the young musicians who have achieved a magnificent sound and an exemplary amalgam, and who have entered in the elite of the most important Italian Quartets." - Paolo Viola
CREMONA OGGI
Cavalcade of the Valkyries: a standing ovation for Caine, Reichman and the Quartetto Indaco. | "Well, the Cavalcade that we heard at the Giovanni Arvedi Auditorium, redone even in the generous encores, was something absolutely new and intriguing. A rewrite and arrangement curated by that genius Uri Caine on piano, with Ted Reichman's accordion and the strings of the Indigo Quartet that pulled the audience into a mixture of romanticism, virtuosity and narrative power."
AMADEUS
THE FERTILE SEED | "The Quartetto Indaco surprised me with its sound quality, impeccable ensemble, and commitment to making the dialogue between the instruments intelligible."
TGMUSIC.IT
SONGS AFTER THE APOCALYPSE, QUARTETTO INDACO - ANDREA PORTERA, FIVE STARS | "The performance of the young - but already established - INDACO Quartet does not fail in its task, that of being able to capture the sonorities and ideas of the composer, injecting them directly into the mind and heart of the listener." - Gabriele Cupaiolo
AMADEUS
"Sound quality, impeccable ensemble, and commitment to making intelligible the dialogue between the instruments." - Gaetano Santangelo
TTELA NEWSPAPER
"Their performance is like an amazing fireworks display, so brilliant that the walls of the room could barely contain it."
GIORNALE DI VICENZA
"Compact, full of polish and exuberance, a true revelation. The Quartetto Indaco has strings in its quiver that go for polished precision, concentration and great skill."
Previous
Next

Quartetto Indaco was born from the desire of four very different musicians and friends to share their life and musical experiences and put them at the service of an artistic research under a different and fresh point of view. Individual experiences as backs of orchestras, baroque repertoire and praxis, composition, solo career and teaching make their group very heterogeneous, and the clashes-meetings between their different personalities result in the extremely extroverted musical tension that distinguishes their performances, which range from classical to contemporary repertoire, and also include special projects in which the ensemble tries its hand at different performing arts, such as acting, singing and cultural insights to offer a rich and engaging experience. 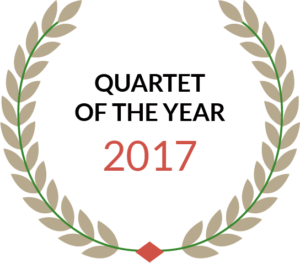 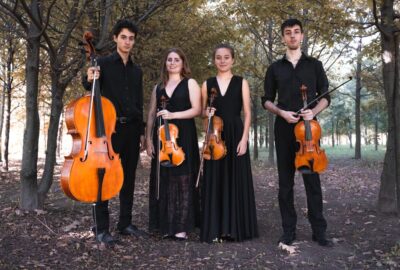 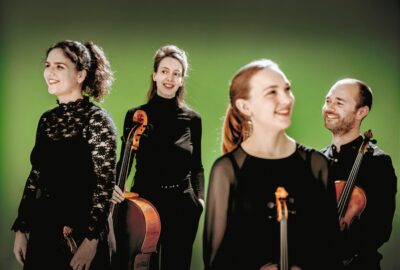