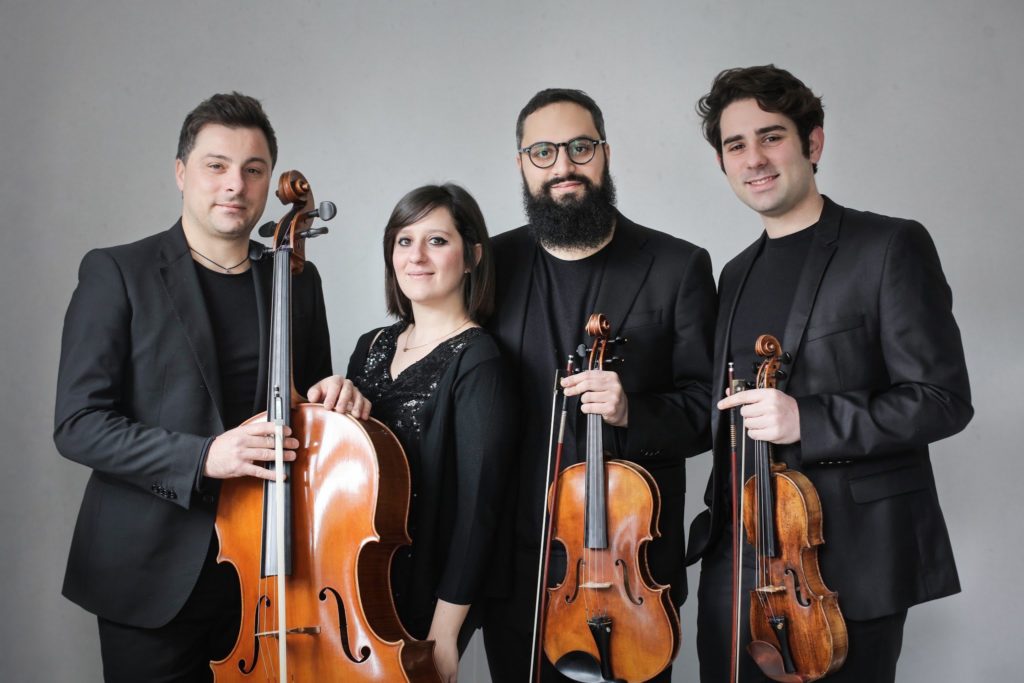 Quartetto Felix was funded in 2015 at Accademia Nazionale di Santa Cecilia in Rome and in 2017 it was awarded by the President of the Italian Republic with the ‘Giuseppe Sinopoli’ Prize. ‘Felix’ refers both to happiness, as requirement that makes chamber music possible, and to the Latin name of Campania, the Italia region where the four musicians come from.

In 2019, the quartet has been supported by William Walton Foundation with a scholarship. They were invited to ‘La Stanza della Musica’, broadcasted on RaiRadio3, performing live music by Walton, Mahler and Schnittke. They were selected by Leonidas Kavakos to partecipate in VIII Leonidas Kavakos Violin Masterclass & Chamber Music Workshop, held at the Athens Academy.
In 2019 the ensemble has been selected to take part in Le Dimore del Quartetto network.

In January 2020 the first album of the ensemble was launched, as a supplement to Amadeus magazine, in which they recorded Brahms, Quartet op.6 and Schumann, Quartet op.47. It was produced in the Bartòk Studio of Raffaele Cacciola, and  it was released in July 2020 by Movimento Classical.
In February 2020, Quartetto Felix was invited to represent the Accademia Nazionale di Santa Cecilia at the opening Concert  of the Cultural Year at Villa Berg, headquarters of the Italian Ambassy in Moscow.

The project Racconti in forma di Quartetto (“Tales in the form of a Quartet”) is soon to be released, conceived with the support of Le Dimore del Quartetto and the Fondazione G. Cini, selected by the Ministry of Foreign Affairs as part of the initiative “Living the Italian way in music”. It is an audio/video recording by contemporary Italian composers at the Auditorium “Lo Squero” in Venice.
Racconti in forma di quartetto, is a very personal music represenation of the concept of Italianness, a compliation of pieces that were never recorded before, among which we quote Persa lontano e tuttavia distinta (2020), dedicated to Quartetto Felix by Gianvincenzo Cresta. 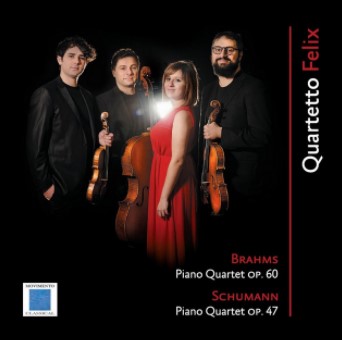 Listen to the episode on Radio Rai 3

BRUNO CANINO
"Four distinct and singular musicians, who however blend well into an impeccable whole."
PAOLO ISOTTA
"I listened to the Felix Quartet concert on the radio. I was immediately struck by the cleanliness and beauty of the sound, very important technical qualities, and impeccable execution. The choice of repertoire, rare and intelligent, with particular attention to the great and undervalued William Walton, testifies to the members’ cultural breadth of vision. The choice of name, which at first I thought was rather obviously linked to Mendelssohn, instead revealed to me the love of these valiant soloists for classical culture. Listening to their interview, with observations full of intelligence and, I repeat, culture, made me admire this group more and wish them the most splendid future. They stand out against the tendency of our times: one more reason to support them."
BRUNO GIURANNA
"Impeccable and mature instrumentalists as well as excellent musicians. The motivation to work together as one unity, which shines through in the enthusiasm of their interpretations, has already produced excellent results and is leading them to achievements worthy of the highest acclaim."
Previous
Next