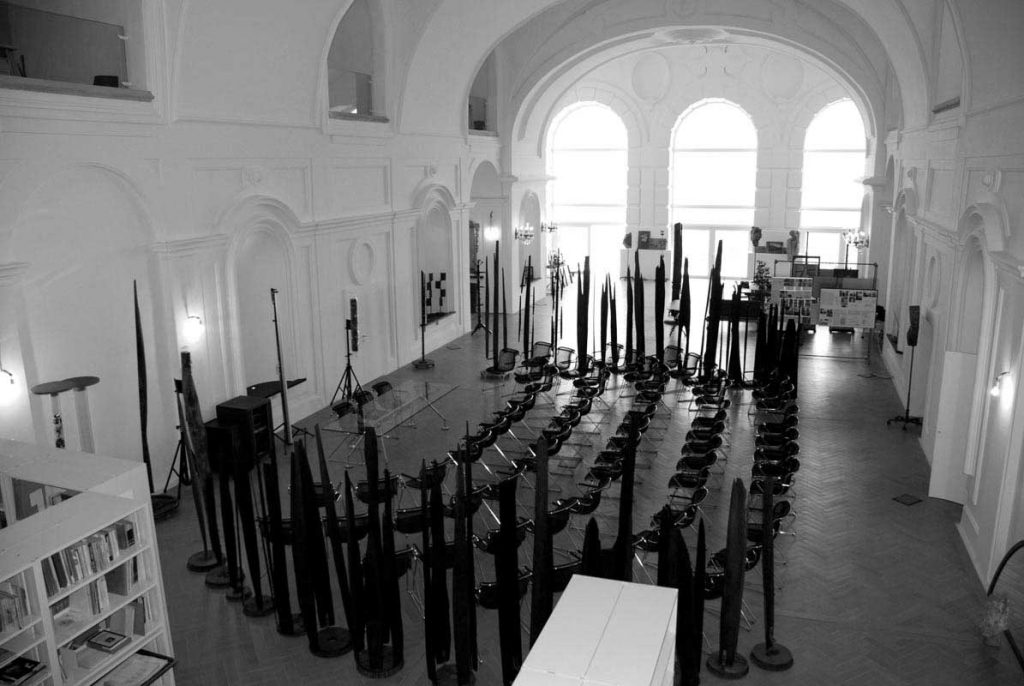 The construction of Palazzo Donn’Anna started in 1642 by the will of donna Anna Carafa (1607-1644), princess of Stigliano. Donna Anna married in 1636 the Duke of Medina, don Ramiro Núñez de Guzmán (1600-1668) that in 1637 was nominated viceroy by Filippo IV.
The project of the monumental viceroyal building to be constructed on a tuff rock pushed out in the sea was commissioned to the most important architect of the time in Naples: Cosimo Fanzago. The construction was therefore started with a massive use of labour and economic means.
Fanzango was inspired by the Venetian architecture of the mid XVI Century. As in Venice, the building raises from the sea that wets it on three sides and lives together with it.
The theatre, now the location of the De Felice Foundation, is of major architectural interest. Three arches separate it from the sea, most of it is directly extracted by the tuff rocks.  What’s more, it has an incredible scenographic impact on the gulf of Naples, the Vesiuvius, the Sorrento coast and Capri.
Fanzago didn’t manage to end the construction works that were interrupted due to the return in its homeland of the Viceroy and the subsequent death of Donna Anna Carafa. The building, unfinished, has gained charme in the overall landscape of roman ruins that characterize the Posillipo coast. It has become an icon of the city of Naples and its history.