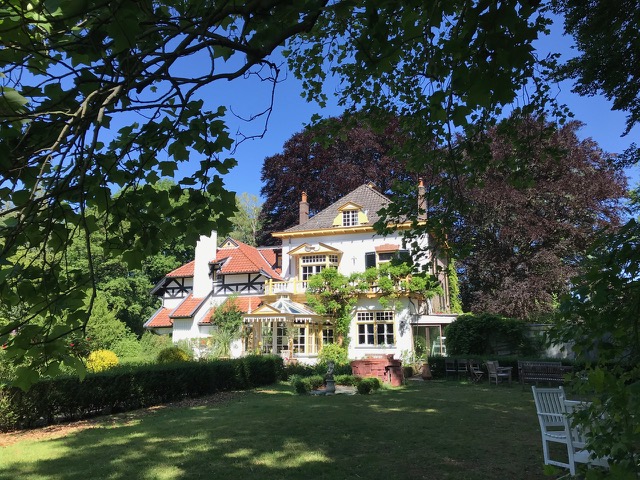 Kolthoorn is a hamlet in the Veluwe Region (famous for its forests and wildlife) on the edge of the IJssel River valley. In 1881, Kolthoorn House was built as the Summer villa of the landowner of the estate, who also created a modest landscaped garden. In 1899, it was bought by the painters Jan Kleintjes and Hedwig Kleintjes-van Osselen. They extended the house with a grand atelier and created a magnificent garden. During the early 20th century the house was a real cultural hub for artists, writers, poets and musicians. After Kleintjes’s death in 1955, the Buisman family acquired the villa and the remainder of the garden. It became a real family home, although it also housed the family’s impressive collection of early porcelains. In 1991, the family established a historic house museum in Amsterdam.

Today, Museum Geelvinck stewards the largest Dutch collection of stringed keyboard instruments from the 18th and 19th centuries. It is geared towards the preservation of the living musical heritage of the historic fortepiano. Over a quarter of a century ago, the second generation Buisman started the restauration of Kolthoorn House and the reconstruction of the garden. Besides a collection of paintings by Jan Kleintjes, the grand atelier of the house features some ten historic grands, squares and clavichords. Museum Geelvinck organises concerts on historic pianos in its own venues, as well as at historic places throughout the country, and in 2011 it initiated the Geelvinck Fortepiano Festival.