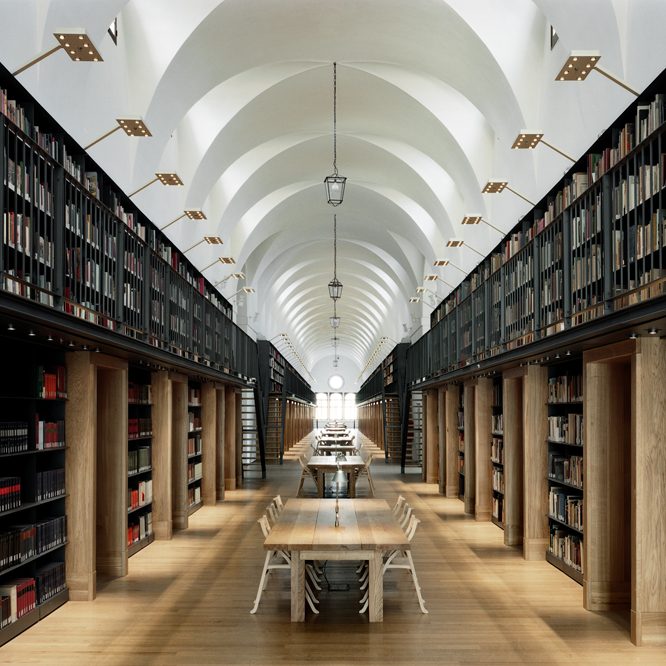 This music programme is a demonstration of how contemporary and classical elements can be well integrated and enhance each other. Similarly, the restoration work in the Nuova Manica Lunga has succeeded in obtaining from the spaces of the former dormitory of the Benedictine monastery, present on the Island of San Giorgio in the second half of the tenth century, the new art history library of the Giorgio Cini Foundation.

The restoration of this wing of the library complex bears the signature of architect Michele De Lucchi, who affirms: “Today’s Manica Lunga has gone through so many architectural events that its current appearance can no longer be attributed to the mind of an author, but rather to the talent of history, which has caused these spaces to go from being convent cells, to barracks, to ruins, to public dormitories, to classrooms, to the fulcrum of the library complex of the Cini Foundation today. Finding a new function for it is therefore part of its existence”.

Due to closure of the monumental area, it will not be possible to visit Nuova Manica Lunga. Before the concert, at 5 pm, it will be possible to take part in a guided tour of the Teatro Verde (Green Theater).

Buy the tickets for the concert

The ticket office of Cini Foundation will be open on the day of the concert, 28/10, starting from 3pm (for technical reasons it will not be possible to pay by bancomat or credit card).

DISCOVER MORE ON THE MUSICIANS 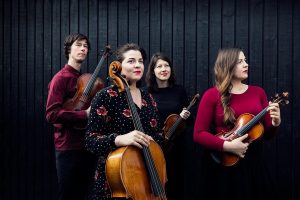 Founded in 2018, the Karski Quartet is quickly gaining recognition on the international music scene for its passionate interpretation of works ranging from Haydn to the 21st century repertoire. Shortly after its founding, the quartet was awarded the Grand Prix and Special Prix for alumni of the Royal Conservatory of Brussels at the 4th International Music Competition Triomphe de l’Art in Brussels.

Since the very beginnings, the quartet’s mentors have been David Waterman, Philippe Graffin and Amy Norrington. From January 2019 to March 2020, Karski members were an ensemble-in-residence in the String Quartet Studio program at the Royal Northern College of Music in Manchester, working with Donald Grant, Petr Prause, Pavel Fischer, and Simon Rowland-Jones. Today the Karski Quartet is an artist-in-residence at the Queen Elisabeth Music Chapel in Waterloo/Brussels where they study with members of the Artemis Quartet and Miguel da Silva, while also continuing their studies with the RNCM under the auspices of the European Chamber Music Academy as part of the new ECMAster studio program. 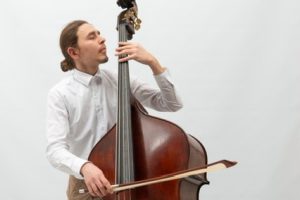 Fabrizio Buzzi undertakes the study of double bass at the “Alessandro Manzoni” high school of music in Varese, under the guidance of maestro Quattrociocchi.
He was admitted at the age of 17 to the Giuseppe Verdi Conservatory in Milan, where he studied for 2 years with Maestro Cosmo and later with Maestro Murelli.
He also studied with Maestros Bocini, Siragusa, Desimpelaire and de Boevé, participating in the summer courses of the Chigiana Academy 2021 together with Maestro Ettorre obtaining a diploma of merit.

In the early years of his studies, he won several competitions, emerging as the winner of the award “Premio Nazionale delle Arti” 2020 in the double bass section, establishing himself at the national level.
In 2021 he won the First Prize of the Milan Conservatory in the “string instruments” category, and in the same year he won the W. Benzi National Competition for solo double bass in the Triennium category.
He was a finalist in 2022 in the competition for double bass in a row held by the Teatro alla Scala in Milan, being first eligible after the winner.
Buzzi is currently studying at the W. Stauffer Academy in Cremona with Maestro Petracchi and performs regularly as a soloist always getting high considerations from critics.

FIND OUT ALL THE CONCERTS OF THE SEASON 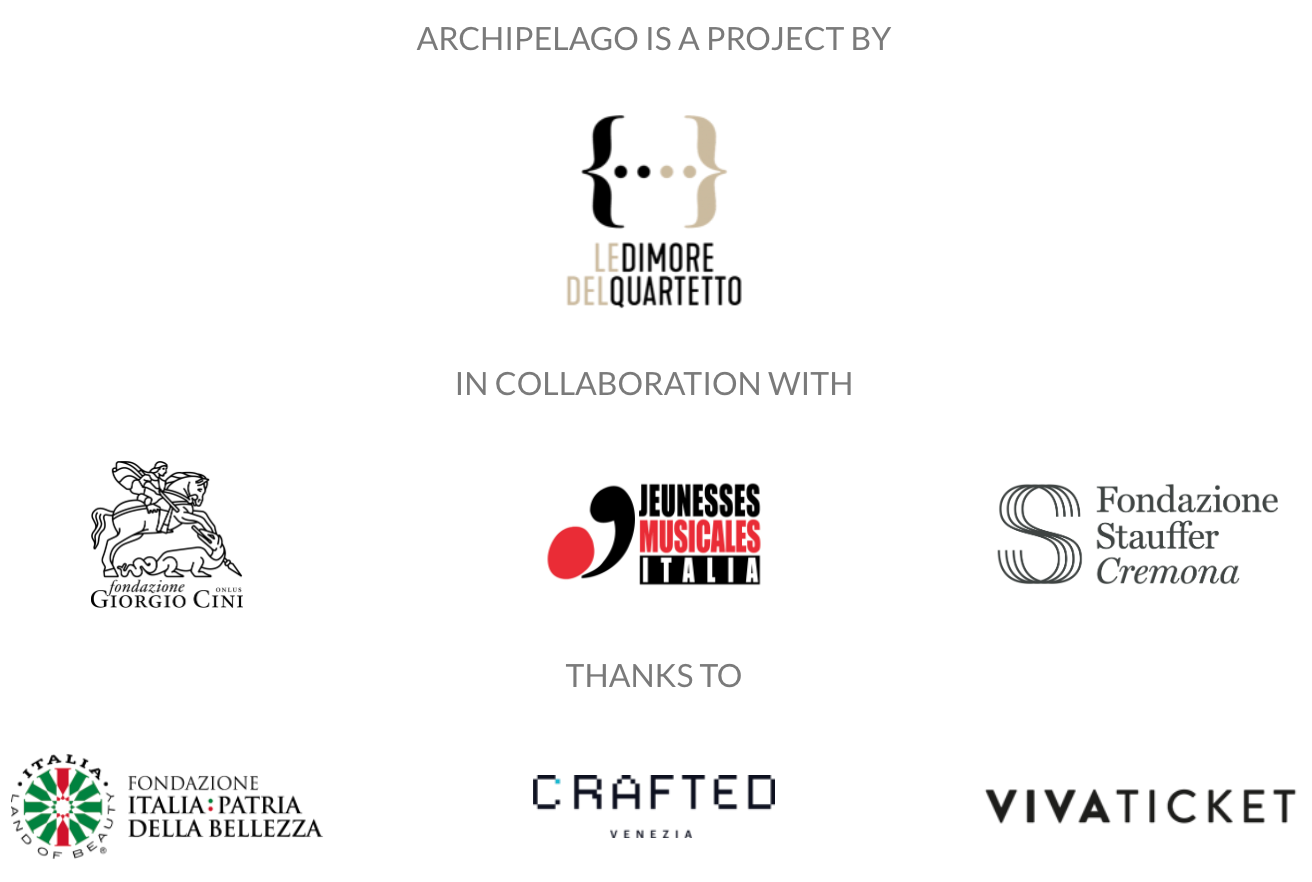