Posted on 9 July 2020 • Posted Under Uncategorized • No Comments

MUMU Musica al Museo (Music at the Museum) is a unique and immersive experiencial path that brings together the beauty of the most extraordinay Italian art masterpieces, with the listening of live music, in an intimate situation.

Who has never wished to enjoy a piece of art or music during a concert or while visiting a museum in a more intimate situation? MUMU Musica al Museo offers new museum itineraries and dynamic concerts, for a more personal art fruition. Each tour is characterized by small groups of about twenty people, with staggered entrances every thirty minutes, and by concerts that provide different and unique musical programs for each shift.

MUMU 2022 IS SOON BACK!
We will announce all the appointments soon 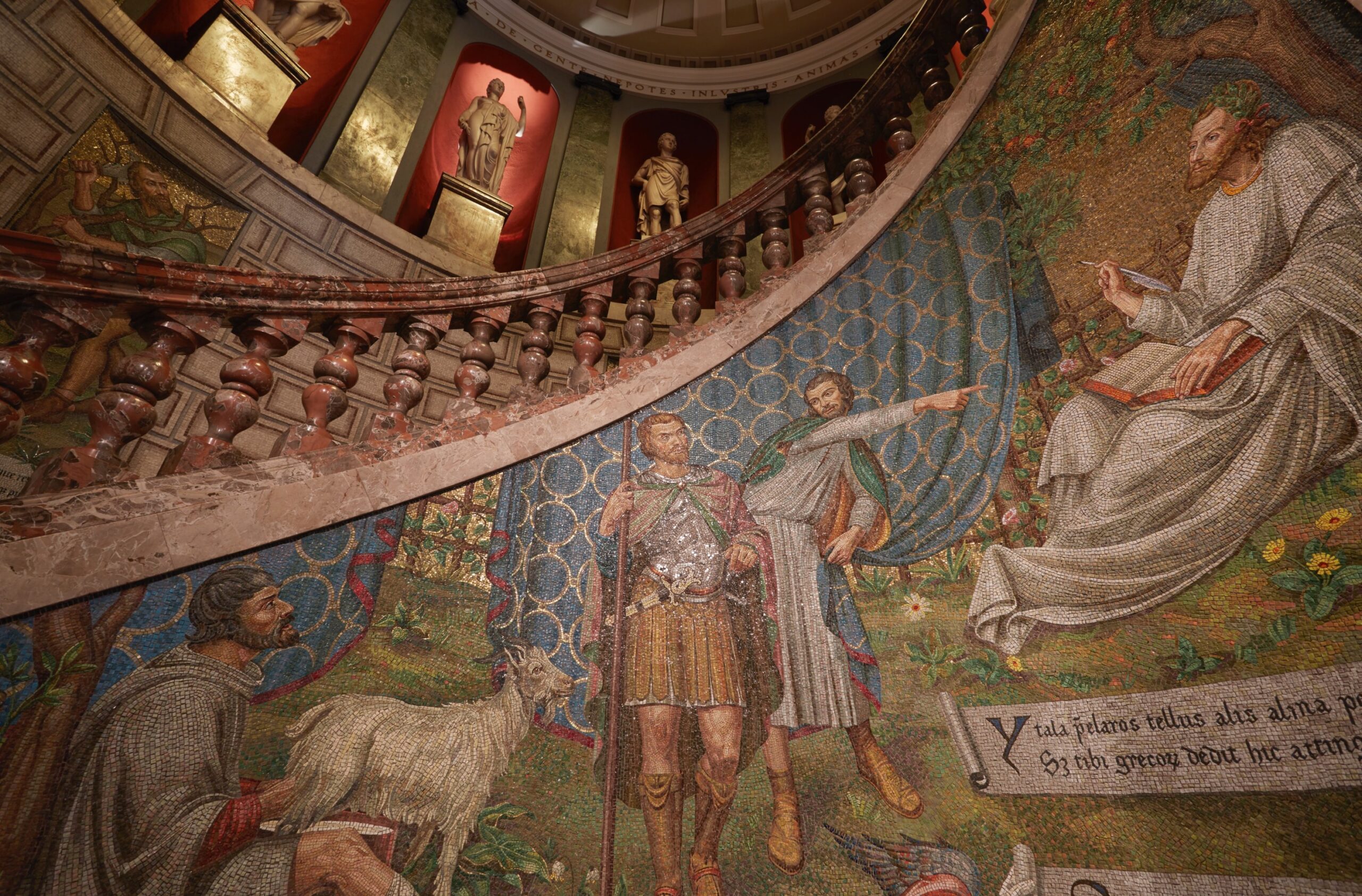 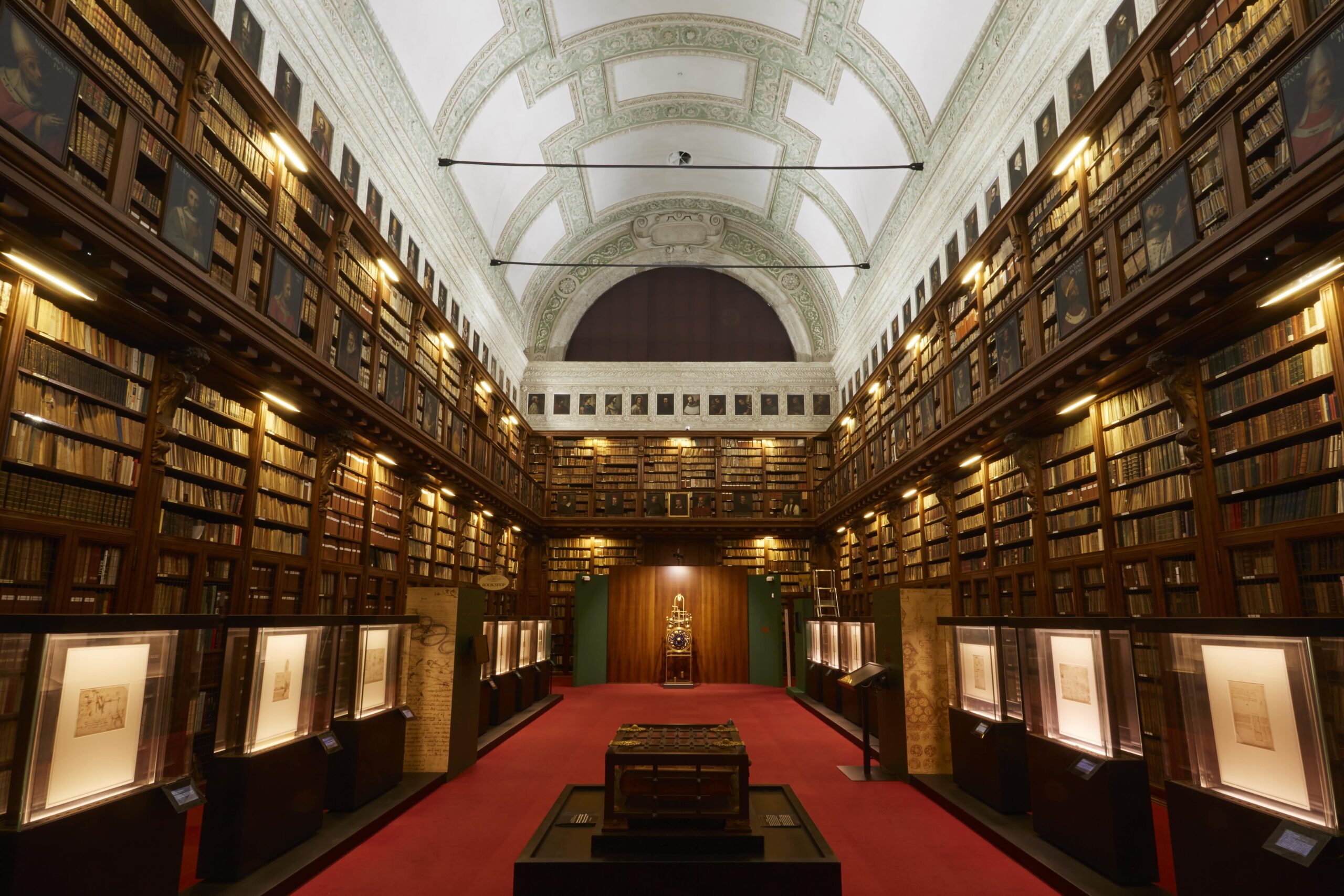 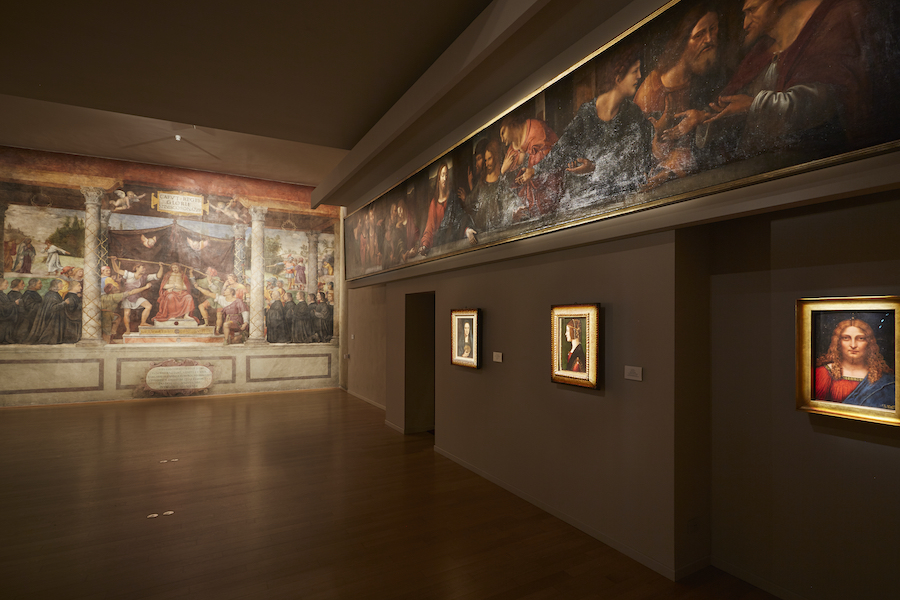 The development of the project stems from clear objectives:

The role of Le Dimore del Quartetto, natural connector between heritage and music, is strategic and constitutes its strength and replicability at national and international level, guaranteeing a homogeneous and recognizable format.

The proposal, which intends to develop nationally and become a best practice on the European scene, started in July 2020 in Milan.

Le Dimore del Quartetto collaborated with Società del Quartetto di Milano for the pilot project: one preview concert of the project in July 2020 and four special openings of the Pinacoteca Ambrosiana in September and October 2020, with concerts in front of the Preparatory Cartoon of the School of Athens by Raphael. The tour around the halls of the Ambrosiana focused on the Adoration of the Magi by Tiziano Vecellio, The Madonna of the Pavilion by Sandro Botticelli, The Madonna Enthroned with Saint Ambrose and Saint Michael by Bramantino, The Rest on the flight into Egypt by Jacopo da Ponte. The itinerary continued with the analysis of the Vase of Flowers with Jewel, Coins and Shells by Jan Brueghel the Elder, and will end with Leonardo Da Vinci’s The Portrait of a Musician and the Codex Atlanticus. 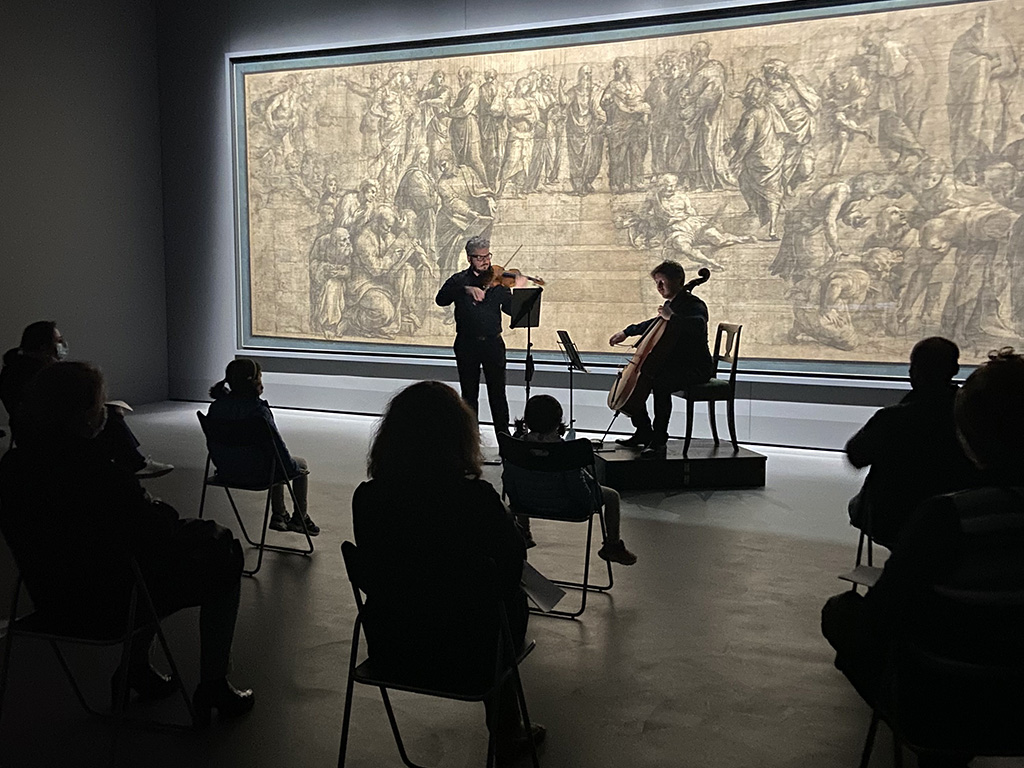 Would you like to participate in a concert in your favorite museum, in your country or abroad?
Contact us at info@ledimoredelquartetto.eu and tell us your proposal to create a new collaboration!